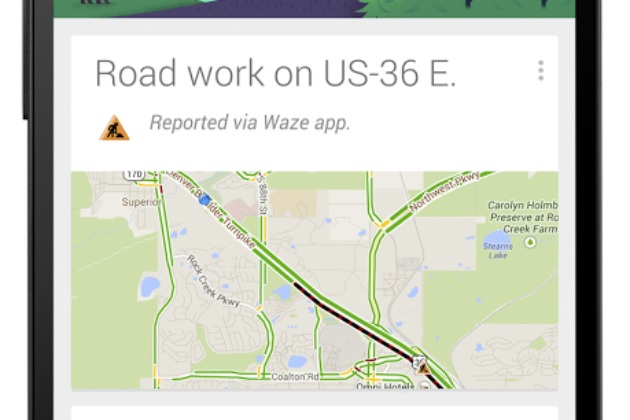 Further integrating its travel-related services, Google has announced the arrival of incident reports in Google Now. This feature, which can help you take a different route even before you hit the road, is just one of the key benefits brought to the table by Waze.

When Google acquired Waze last year, it was obvious that the tech giant will be tapping into the Israeli startup’s crowdsource-based traffic information. And indeed some of these features have slowly been making their way into Google’s apps, specifically Google Maps. Now, however, this Waze feature is coming to users via Google Now, offering them the relevant information when and where they need it, without having to directly query the Maps app.

Starting with the update, Google Now will alert users if the routes they usually take to and from the office will be unpassable due to certain incidents. Since Google has extended Waze incident reports to as much as 46 new countries, this feature will definitely be useful to many. From there, users can opt to jump to the Google Maps app for more dedicated features, like dynamic rerouting which just got added last month. 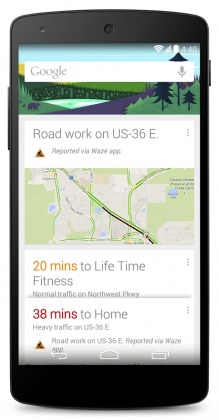 This new Google Now feature is available in the Google Search app update that should be rolling out now to users. To be clear, this feature doesn’t require the Waze app to also be installed. Of course, Google Now’s automatic predictions and reporting will largely depend on how much it has already learned from your own habits, like your office and home destinations as well as routes that you often take.