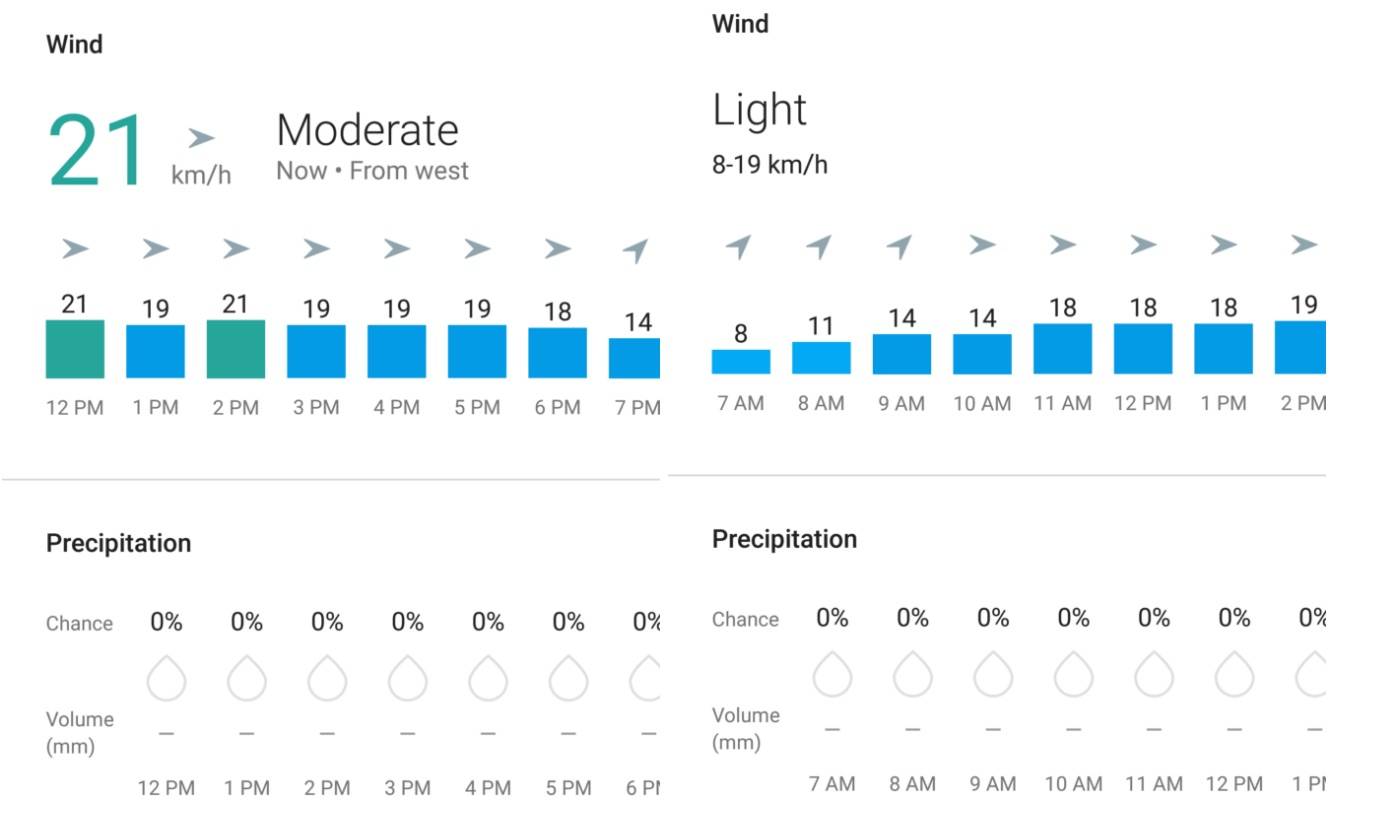 Weather apps are not the most in demand by mobile users, although of course you’d still want something that’s functional and pretty, if you’re not satisfied with your device’s default weather app. Google Now of course has a weather card, and for the past few months, it seems that they’ve been testing and re-testing how it looks like. While it still leaves a lot to be desired, it looks much better now compared to the original. Plus you now get more information like wind and precipitation.

Yep, that’s right. More than just giving you the rundown on whether it’s sunny or cloudy or rainy and giving you the temperature, the new weather card available on Google Now brings you even more information. Once the final updated version has been released, you’ll see that it has wind and precipitation graphs which may be relevant to you or your line of work. This includes an hourly graph of wind direction and speeds, and even the expected volume of rain.

It also now has tabs for today, tomorrow, and of course the forecast for the next 10 days. For some users, this may not be something new as this has been popping up occasionally as they were testing the new features. But now the new look weather card is showing up more consistently with the Google App version 6.0 or the beta version 6.1.

To be able to see this new weather card, just update your Google app and then if you’re done, go to your Google Now page and see if you will see the old one or this new version. 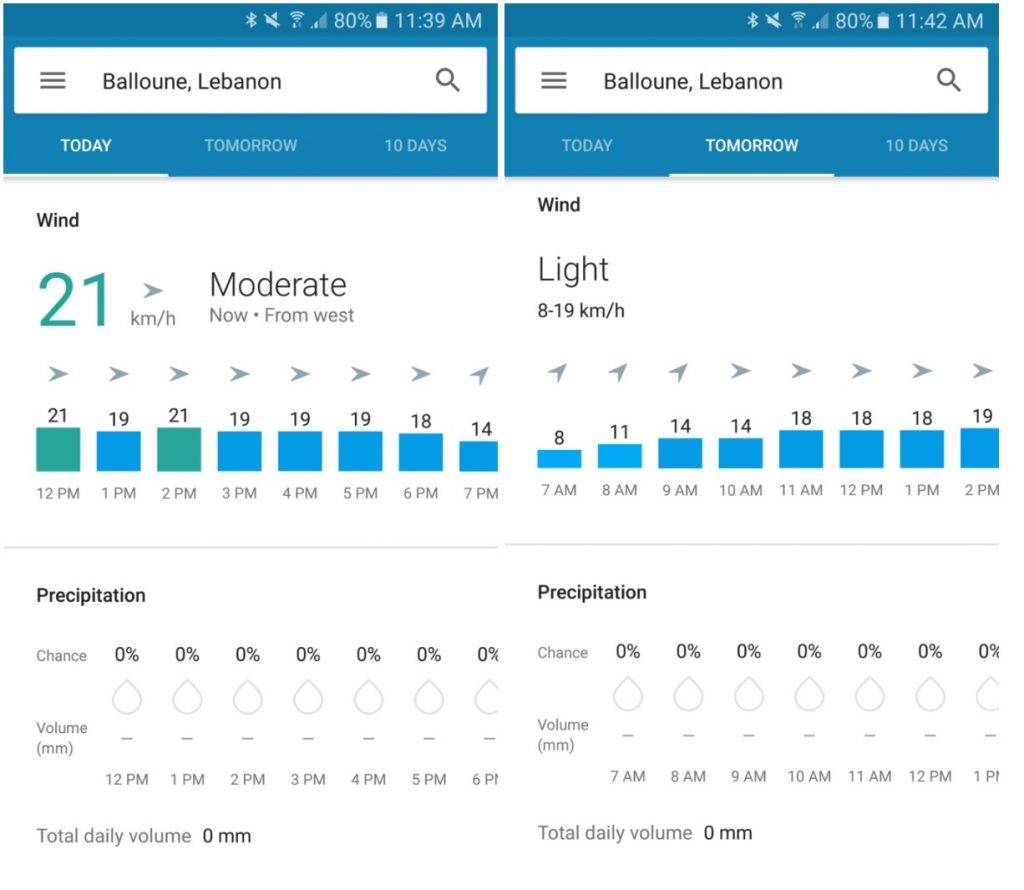