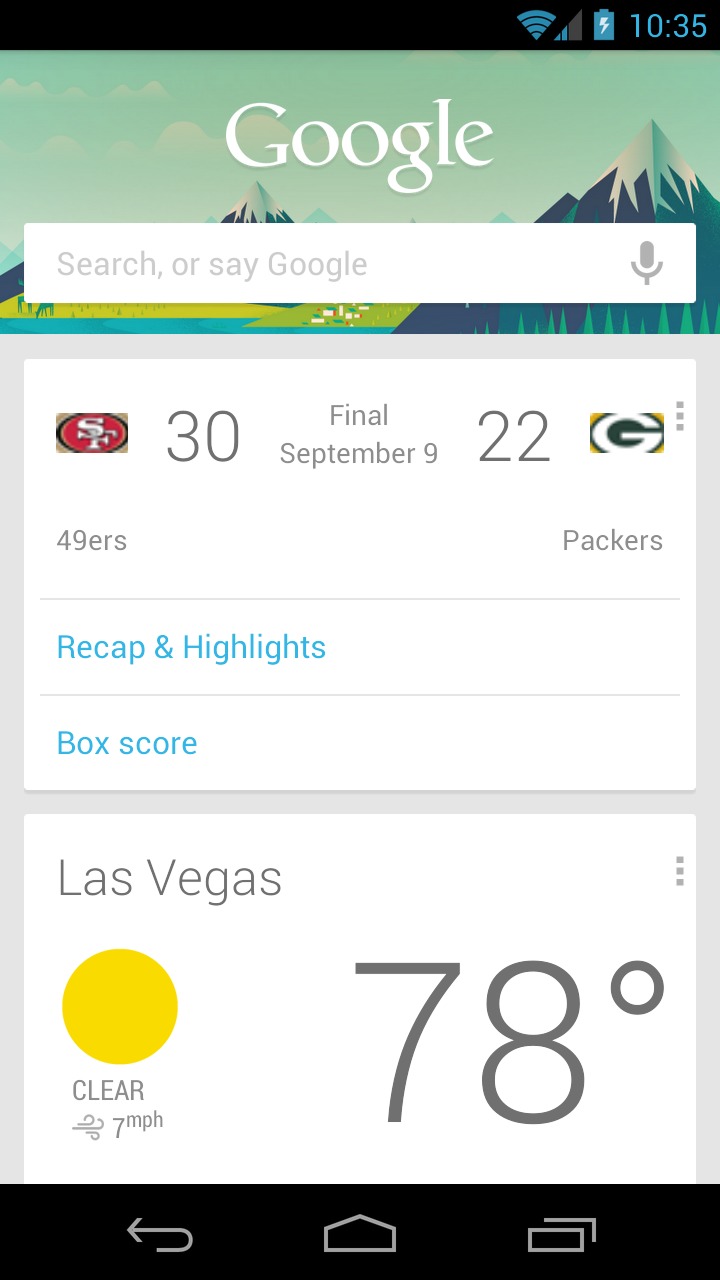 When Google announced Google Now and Android 4.1 Jelly Bean earlier this year we all loved the new cards system for alerts. One that I was extremely excited about was sports updates and scores live right to your notification tray. After Google allowed team editing a few weeks ago, sadly during NFL weekend they were no where to be found.

This morning however, long after all the games have ended I got my alert from Google Now showing what I was expecting to see Sunday afternoon. And that was the depressing score of my Green Bay Packers losing to the 49ers. The screenshot above is what just appeared for me this afternoon. Yes this is Tuesday long after Sunday and Monday Night Football.

Google rolled out NFL teams and favorite team edit options in an update a few weeks ago and I was hoping all would be ready in time for NFL, but it appears they had a few slight issues. For everyone using Android 4.1 Jelly Bean (official or otherwise) Google Now should finally be ready to rock for this awesome upcoming NFL season — and other sports for that matter. 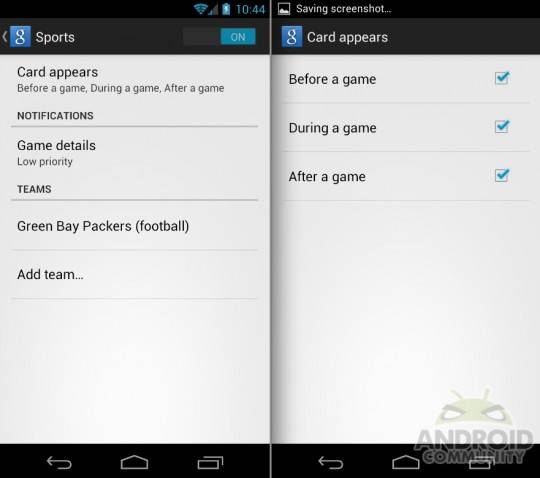 According to multiple reports over at XDA Developers Google knew about the back-end issue, and was getting things all squared away after this opening weekend. I thought that is what pre-season was for. Just kidding Google! For those that haven’t searched for their favorite team go into Google Now and edit your favorite team, then select any of the alerts you’d like to see live right on your device. Hopefully Thursday when my Pack gets the offense going against Da Bears Google now will be working as advertized.

Did Google Now work for you this weekend with NFL scores and alerts?