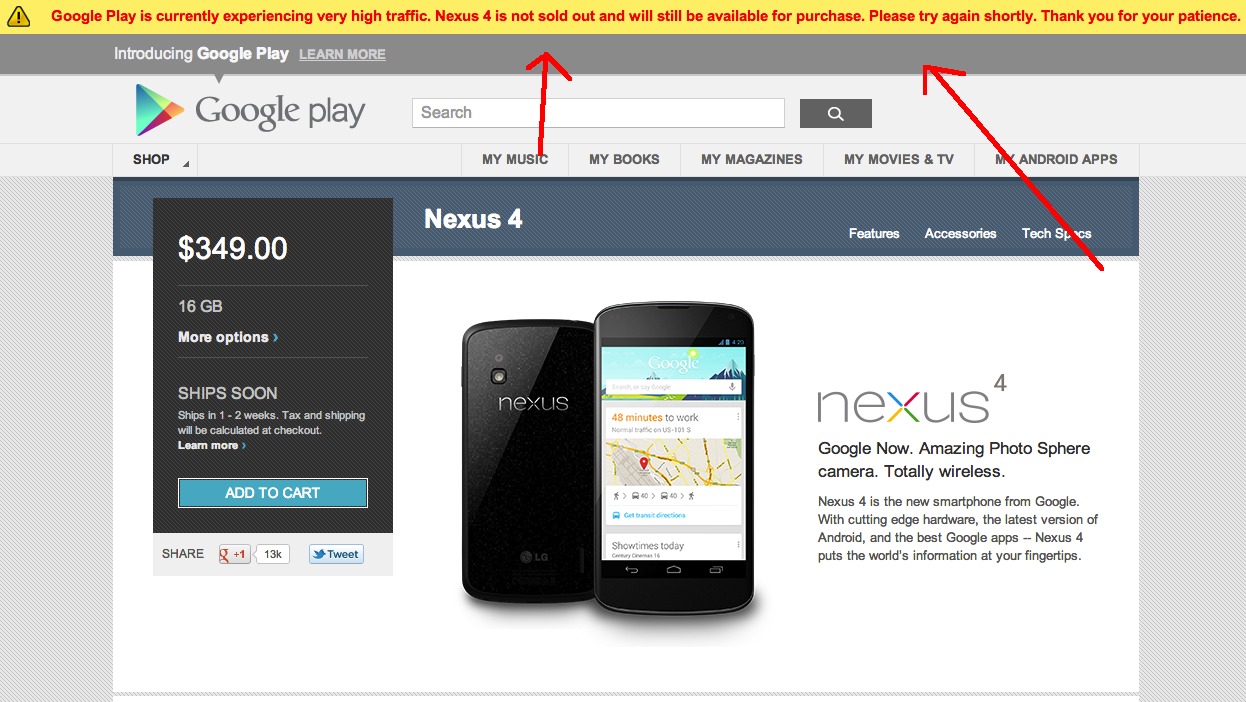 Well folks, this entire ordeal of Google selling devices in their own Store has slowly but surely became an absolute disaster. Users all over the place are having a nearly impossible time buying themselves a shiny new LG Nexus 4 or Nexus 10. Earlier we reported that Google announced more stock would be available at 12 PST, then they apparently “sold out” within a matter of minutes. That isn’t the case though, read on below for more details.

See the image above? Google’s just confirmed stock is still available. Just like the first round of devices that went up for sale. It looks like Google, who is like the king of the internet (or so we thought) is having trouble keeping up with the demand. There’s millions and billions of Google searches a day, but their Play Store can’t handle a few nerds trying to buy a new Nexus 4.

We’re hearing multiple reports that the LG Nexus 4 in both 8 and 16GB versions is in fact NOT sold out right now, and instead the Play Store is just having a hard time keeping up. As a result if you’re patient enough to hit F5 (or refresh) a few times they’ll be back in stock. Multiple tips have stated they’ve still managed to buy one, and they’ve been available for nearly 2 hours. Google’s also confirming this right on the store themselves.

On launch day they sold out in just about 24 minutes, but then users still snagged a few throughout the day. If you can manage to get one in your cart, and not have an error (this is getting ridiculous) you should hopefully still be able to pickup and get your own LG Nexus 4 headed your way in time for Christmas. /rant