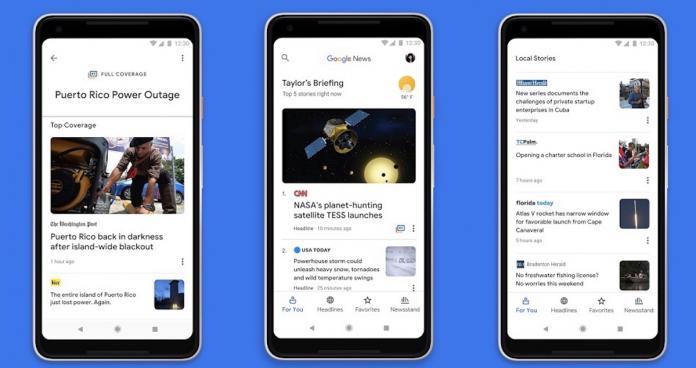 While Google News is one of the most useful apps that you can have on your phone, especially when you want to keep up to date with all of what’s happening around the world, apparently it might inadvertently cause you to go beyond your data allowance. A bug which has been reported even as early as June seems to be eating up data and people are not pleased.

If it was just a matter of a few extra MBs it would still not be okay but it should be tolerable. But the fact that people are complaining about gigabytes of data that they didn’t know it was consuming is quite alarming. One user said that the app used up 7GB of data overnight while another had a staggering 19GB, which led to them paying hundreds of dollars for exceeding their monthly data allowance.

No specific pattern has been detected as some users were just consuming 100MB a month for using the Google News app. But there are also a lot of horror stories with people using up data even when the app was just supposedly running in the background and shouldn’t consume that much.

Even worse, it looks like Google has been aware of the issue. In fact, last September, Lisa Wang, the Google News Community Manager, said that they are working on fixing the issue but until now, users are reporting that the bug is still very much alive.

Hopefully this will be resolved soon although they have probably lost a lot of users already over this issue. In the meantime, you should just disable background data use for the app to prevent this kind of thing from happening to you if it hasn’t happened yet.