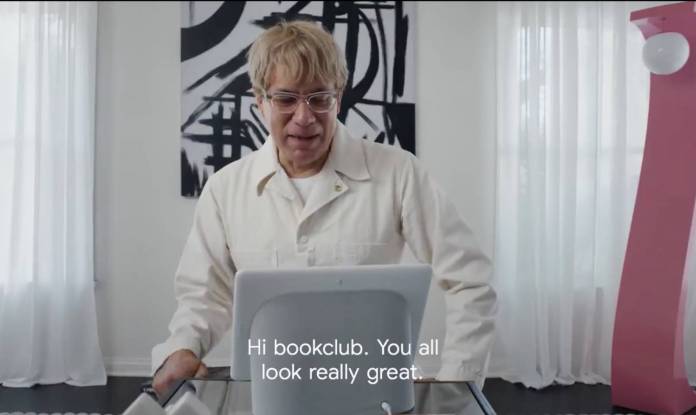 Thanks to an FCC listing, we are no longer in the dark about what’s the next smart speaker that Google Nest will be releasing. Google themselves have been sending out some almost official marketing materials so we know at least what the upcoming speaker really looks like. Now they seem to be teasing “something special” that will be announced or released on Monday but it’s unclear whether it’s hardware, software, or something else altogether. All we know is that a comedy hipster icon seems to be involved.

Google Nest has released two teasers on Twitter, both of them involving Fred Armisen in some sort of Portlandia-looking sketches. The first teaser sees him sitting on top of a pillow-like beanbag meditating, although we can’t really catch what he’s saying. Some have said it might be a new meditation feature as the caption says “Take a deep breath and prepare.” That makes sense as meditation and calming techniques are some things that a lot of people need nowadays.

Take a deep breath and prepare. Something special is coming this Monday. pic.twitter.com/EV850z5bU7

The second teaser is a bit longer, also stars Armisen, but is still kind of confusing. “Help has many faces,” the caption says and it features different faces of the former SNL stars in some situations where he’s talking to Google Assistant-powered devices so the reveal on Monday may have something to do with that as well. Google Store presents “The Daily Special” may also mean some deals for Google Home and Nest speakers.

Help has many faces, and they'll make a special appearance this Monday.👏 pic.twitter.com/S2sdx6ukJO

It would make sense for a sale as they’re probably clearing the deck for the upcoming Google Nest speaker that has been leaked and teased the past few weeks. What we know so far is that the new wireless speaker will come in a sort of pillow design that is almost as tall as some of the wireless routers in the market. The device has been codenamed “Prince” for some reason that escapes us at the moment.

As to when this new device will be launched, that is unclear at the moment. But the fact that they’re sending out official material means it must be close. Meanwhile, we’ll find out on Monday just what it is that Fred Armisen will be doing for and with Google. Who knows, he might be the new Google Assistant voice?