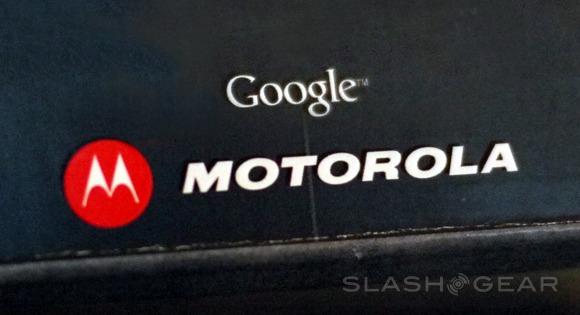 We knew this news was coming today, and I’m sure most of you did also. Shortly after hearing the EU approved the Google Motorola buyout this morning, we now have confirmation that the US Department of Justice has too. Giving their seal of approval for the buyout of Motorola Mobility and all their patents to Google.

It looks like Google will be shelling out around $12.5 billion USD to Motorola for the buyout and will take ownership of the company but will let it run on its own as it has been. Just like the European Commission the US DoJ had their own concerns regarding the huge portfolio of patents owned by Motorola — that will now be in Google’s hands. Just like the EU they issued this statement:

“In light of the importance of this industry to consumers and the complex issues raised by the intersection of the intellectual property rights and antitrust law at issue here, as well as uncertainty as to the exercise of the acquired rights, the division continues to monitor the use of SEPs in the wireless device industry, particularly in the smartphone and computer tablet markets. The division will not hesitate to take appropriate enforcement action to stop any anticompetitive use of SEP rights.” – USDoJ

SEP standing for “standard essential patents”, the DOJ will also be sure to watch over how these newly acquired patents will be handled and that no anti-competitive acts are committed by Google. With the huge patent lawsuits and battles currently going on from multiple rivals in Apple and Microsoft we can’t help but think Google will use these to some extend.

Google still needs more approvals from others around the world but with these few major steps being taken today most likely the rest will follow suite. We’ll continue to monitor the approvals and update should anything major happen.