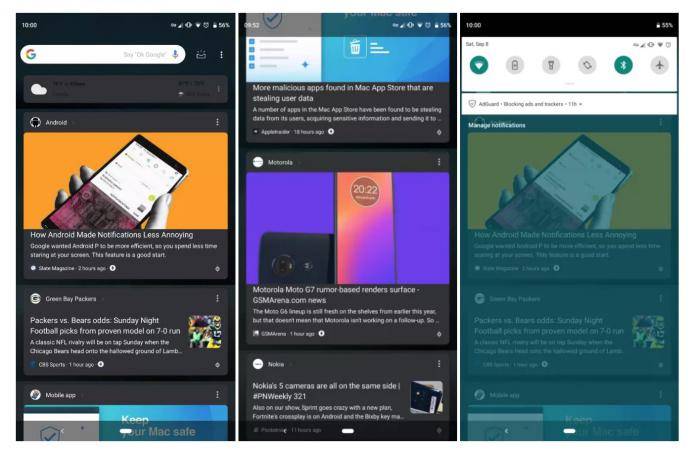 Everyone seems to be going dark these days, at least when it comes to their smartphones. We’re seeing apps and brands offer an option for those who don’t like all the light and white space by bringing a dark theme to their products. Google is no exception, starting with the device dark theme that Pixel users could access starting with the Android 8.0 Oreo update. But they may now be testing something that will also turn the Google Feed dark and may even offer it to ordinary, non-Pixel human beings.

While Google Feed did have a dark background option, it wasn’t a fully dark theme at all. It didn’t really apply to the whole interface. And the Oreo dark theme in itself was also dependent on your device’s wallpaper. Android 9 Pie is bringing a system-level Device theme for its Pixel users, so that may also mean a system-level dark theme application already.

A reddit user (of course it’s a reddit user) posted that it seems like Google is A/B testing an actual dark theme on the Google Feed that saw white text on dark gray cards. However, it looks like it’s still in development since the background is still transparent and shadows are still obvious in some of the parts. The weather card in particular still displays black background and dark text on top of it.

But what caught everyone’s eye here is that the one who posted is not using a Pixel device. In fact, they had an Essential Phone, from one of the co-creators of Android itself. So this may mean that the dark theme may be coming to selected Android devices soon. The test is even happening even if the device theme for notifications and quick settings have been set to light.

We’ll probably find out more over the next few weeks if this was just a fluke or if Google will actually be giving us a real dark theme even though we’re using hardware not from them.