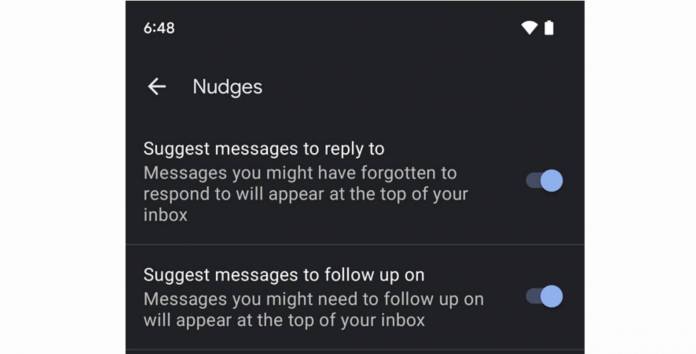 A few years ago, Gmail introduced a feature called “nudges” that would remind you to follow up on or reply to emails that it has detected to be important and that you may have forgotten to take action on. Since there may also be SMS messages that can use a reminder like that, it looks like Google Messages is working on adding a similar feature to your Android smartphone. Strings have been spotted that would indicate “nudges” will soon be added to the messaging app.

It’s no secret of course that Google is trying to make its Messages app as robust as iMessages and so we’ve been seeing more features added to it the past few years. XDA Developers have spotted some strings on the Google Messages app version 9.5 beta that show we’ll soon get the “nudges” feature. The strings show how it could possibly work, at least on paper. Since this is an APK teardown, it may not be the final version that will make it to the beta or stable version.

Currently, you can already set a reminder to respond to a text that is important but you can’t reply to at the moment. You have to manually set it up of course so having an automatic system like “nudges” can be pretty useful too. This may be a good addition to several new features that Google Messages has gotten in the past months like starring important messages, auto OTP deletion, message sorting through AI, etc.

The Google Messages “nudges” feature has not started rolling out on the beta channel yet. If you want to be one of the first to try it, sign up for the beta program and wait for it to arrive there.