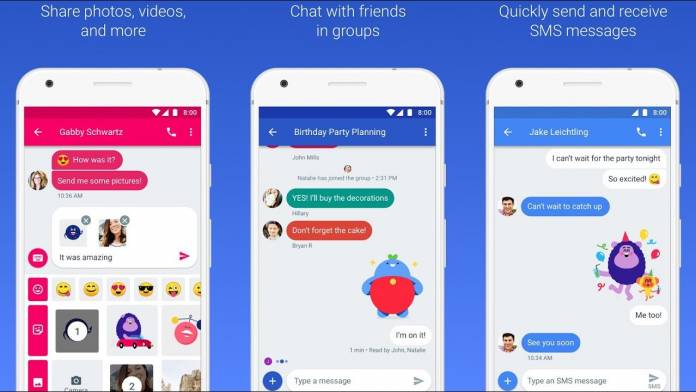 Even though Rich Communication Services has been touted as the next generation SMS, it’s taking a while for all users to have access to it. To be able to run it on your phone, your network, OS, and your messaging app have to support it through an API. Google has already bypassed the carriers by adding an RCS API for Google Messages but it’s only available for that app. Now it looks like in the latest update to the app, 3rd party apps can request for the RCS API but it seems limited to Samsung apps only.

XDA Developers shares an APK teardown of the latest Google Messages app. At first they were able to see strings that indicated third-party messaging apps will be able to send SMS, MMS, or RCS through the Google Messages app. But upon further analysis, it seems to only be found in the Samsung version of the Messages app that is rolled out to Galaxy devices. And digging even deeper into the code, it seems that this is only available for select Samsung apps.

The permission type is listed as “dangerous” but that simply means that the confirmation will be displayed to the user to be able to grant that permission to the requesting app. The approval will have to be given initially and later on they can “send messages without any extra approvals”. Having Google Messages handle the message routing instead of the third-party app may seem inconvenient at first but it also means they’ll have to go through Google’s Chat service, the most widely used RCS implementation.

Since only select Samsung apps can access this RCS API, it’s most likely aimed at Samsung smartwatches and tablets so they can send SMS, MMS, and RCS through Google Messages. This is most likely part of Samsung’s efforts to have Call & Message Continuity across all Samsung devices. The code checks the package name and signature of the requesting app and a flag allows the app access to the API.

Google or Samsung has not made any announcements regarding the Android Messages API yet. Hopefully, this will actually be happening soon and not just for Samsung apps but for other third-party messaging apps as well.