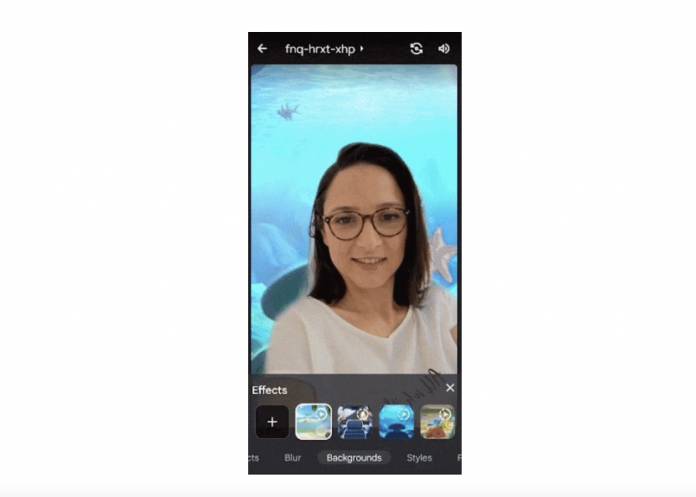 If you find yourself getting bored already with the static background you have during Google Meet calls, you now have the option to replace it with a video background. This feature is now finally available for Android mobile users after initially showing up for the web version and then later on the iOS version. Google Meet video backgrounds on Android seem to be limited to Google Workspace and G Suite users but should eventually roll out to those with personal Google accounts as well.

Video backgrounds are one of those features that may not be important but ultimately is a good option to have for users, especially if you use video conferencing tools a lot. For Google Meet, you’ll be able to choose from six video backgrounds that are currently available, including a classroom, party, or beach theme. They will be adding more options in the future but for now you’ll have to make do with these options.

These custom backgrounds help make your video calls a bit more personal, if the nature of the interaction is not too formal. It is also one of the ways to hide your background if you didn’t have time to fix it or to also protect your privacy. To change your background, tap on the effects icon on your screen and you’ll see the new video options in the first boxes in the background section. You’ll know it’s a video effect as it has the play icon.

Admins can choose to enable the change background option for the users in their organization. If this is enabled, users don’t have to do anything as it will be automatically available to them. There are no user controls for individual users on Google Meet for Android so if the update has already rolled out to you, the new options should be there already. The static images are still there of course and you can upload your own as well. But for video backgrounds, you cannot upload your own just yet.

The feature seems to be available for Google Workspace users as well as those with G Suite Basic and Business users. Those using a personal Google account on Google Meet on Android should eventually be included since the web and iOS version users already have it.