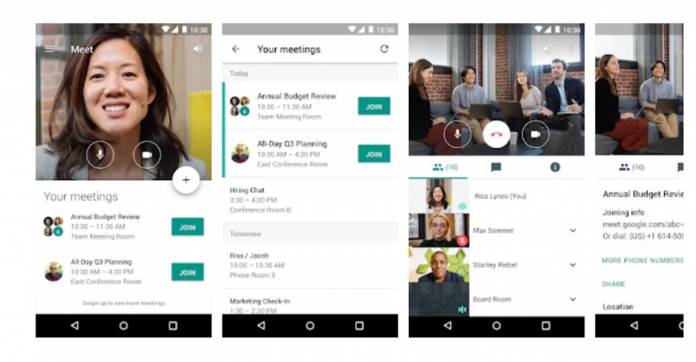 One advantage that services like Zoom and Microsoft Teams have over their competitors is that users are able to customize and even blur unwanted backgrounds during a video call. It can be used for both professional purposes and persona, fun reasons. Users of Google Meet may soon get that much-requested feature as an upcoming G Suite release documents indicate that it may be coming soon. This will make Google’s professional video conferencing app almost at par with the market leaders, at least feature-wise.

When the pandemic took over our lives and people started staying in place and needing video conferencing tools, Zoom was quick to jump on this. Google was a bit slower but once they made Meet free last May, it started gaining momentum as well. It is much simpler to use and if you’re embedded in the whole Google ecosystem, then this was the perfect video call app. They were also finalizing the Meet takeover of Hangouts so now was the perfect time to show off what it could do.

One thing it was missing was the ability to blur backgrounds and use custom backgrounds as well. But it looks like they might be adding that soon as a document that lists G Suite releases have two interesting entries: “Background blur and replace (for mobile)” and “Background blur and replace (for desktop)”. This means the feature will be available for both mobile and desktop, since users are using both for their video calls.

However, this list of releases is not really a final and official document. Tech Radar says that they add new items every three months and the features that are introduced to G Suite users are then removed. It also says that the features listed are not guaranteed to be released for the general market and may be different from its current form.

Hopefully, we’ll know if it will become a sure thing once the newest update is released. It would be a good thing to have of course although other features that are in the development bucket so to speak may be more important, like cloud-based noise cancellation, breakout rooms and integrating the digital whiteboard.