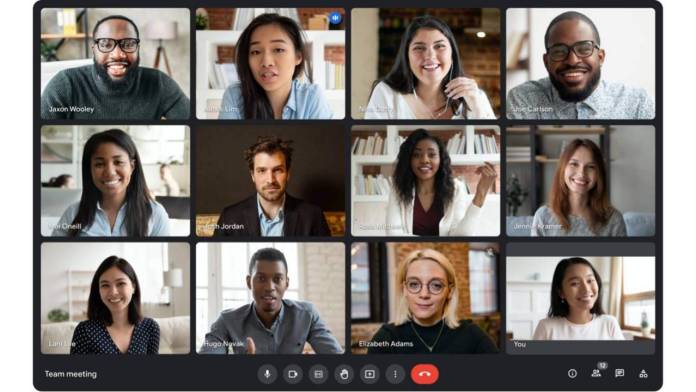 Even though we’re more than a year into the world of online video meetings, there are still some users that still cannot get a handle on muting and turning their videos on and off. Google Meet previously brought a “mute all participants” feature but there are still some situations where you have to be more granular. The video conferencing app is now finally bringing Audio and Video Lock for meeting hosts so they can have better control on the whole meeting experience.

Earlier this year, Google Meet introduced a muting feature but what it did was grant meeting hosts the ability to batch mute everyone that is in their group video chat. But it was a bit too broad for those that needed more granular controls. We have all those meetings where you needed some participants to remain unmuted and visible while some you needed to mute and turn off their videos, especially if they were becoming too noisy or unruly.

The new Audio and Video Lock feature allows meeting hosts to mute specific participants’ audio and even video feed. And if you turn it off, the user will not be able to turn them manually back on unless the host unlocks their accounts. However, if the app that the participant is using doesn’t support this feature yet, the locked participant will actually be removed from the meeting. They can only come back by using a different device or update the app they’re currently using.

When you’re in the main meeting room and you go into breakout rooms, the locks applied will also carry over there if the rooms are created after the restrictions. But if the locks are done within the breakout room, it will not roll over into the main room or into another breakout room in case users are transferring to another one. The feature can be useful to control users who may not be familiar with muting themselves as there are still some who have difficulty doing so.

The Audio and Video Lock is rolling out to Google Meet with rapid-release domains while scheduled release domains will get a gradual rollout starting November 1. Host meetings will be the only ones with this locking power of course.