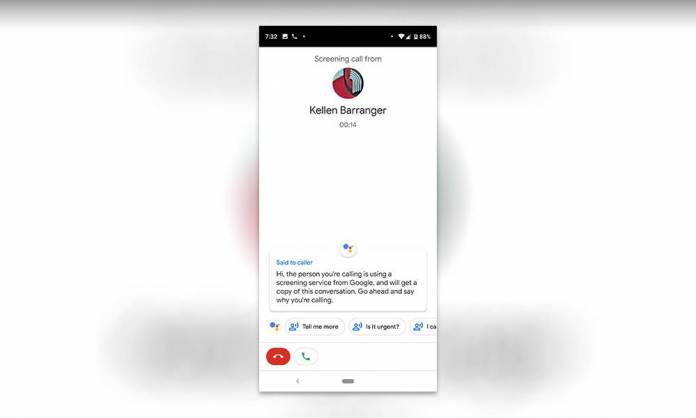 The Call Screen feature that Pixel phones have on their dialer app is pretty useful if you want to be able to screen your phone calls or find out why people are calling you without actually picking up the call. It looks like Google may be preparing to add even more improvements to this feature as they seem to be testing new features like saving the Call Screen audio and previewing the transcripts in the call log. However, this may just be a Googler-only test and the feature may not even see the light of day.

The folks over at XDA Developers were able to spot this new feature and enable them to some extent although they emphasized that it may just be limited to Google employees right now in the testing phase. The APK teardown that they saw showed strings that would allow users to save the Call Screen audio to be saved. One reason for this would probably to improve the transcription quality for the feature. They will be able to send the audio from the Call Screen part of the call.

However, there will probably be privacy and security concerns that will come up if ever this feature goes public. There are also different state laws regarding call recording so it might prove difficult to have something like this be available for all users. So for now, it looks like Google employees are the only ones who can opt to save and send the Call Screen audio.

Another feature that they enabled was the preview of Call Screen transcripts in the call log. You’ll be able to see a snippet of what was said in that audio interaction, alongside the Google Assistant icon. This would make it easier for you to see what the call was about from the call log itself.

As with a lot of teardowns, we’re really not sure if Google will release a stable version of these two features or if they’re just testing something out to improve the Call Screen service. We’ll update you either way if there are any developments.