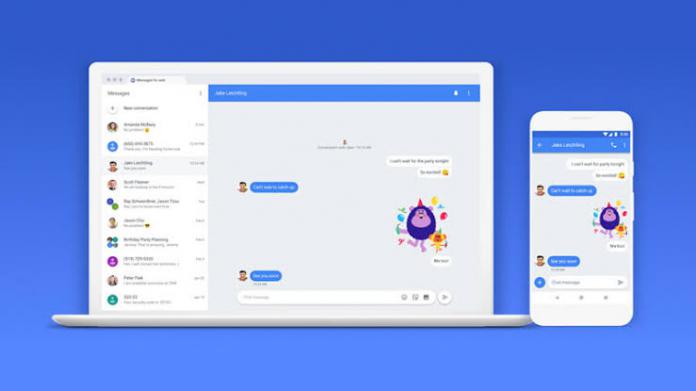 To further add to the theory that Google will eventually phase out the Android branding, it seems that they are soon migrating the Android Messages web version url from android.com to google.com. This was discovered in a new code change in Chromium’s Gerrit code source management. While this isn’t official just yet, we may be expecting an announcement soon from Google and is just another sign that they are trying to shif the branding from Android to just simply Google.

If you’re not yet familiar with this rumor, it seems that Google is getting ready to do away with the Android branding to simplify things, as there are still a number of people that don’t know that the two brands are almost synonymous to each other. The writing is on the wall as we’ve seen the shift from Android Pay to Google Pay, Android Wear to Wear OS, and even Android Messages to just Messages.

The latest is that the code is showing that instead of going to messages.android.com, you will eventually have to head to messages.google.com. It is a mechanism that will tell Chromebooks to stop using the Android.com URL and instead shift to google.com. Of course currently we’re still sticking to the status quo and messages.google.com is still non-existent and it will probably arrive to Chrome OS by version 72 or 73.

As to why Google still hasn’t totally removed the Android branding is anyone’s guess at this point. They may be getting ready for a huge shift in 2019 as we will be welcoming version 10 of Android Q which may be renamed to something like Google OS or whatever is next in their plans. But for now, expect to see the Messages announcement soon.