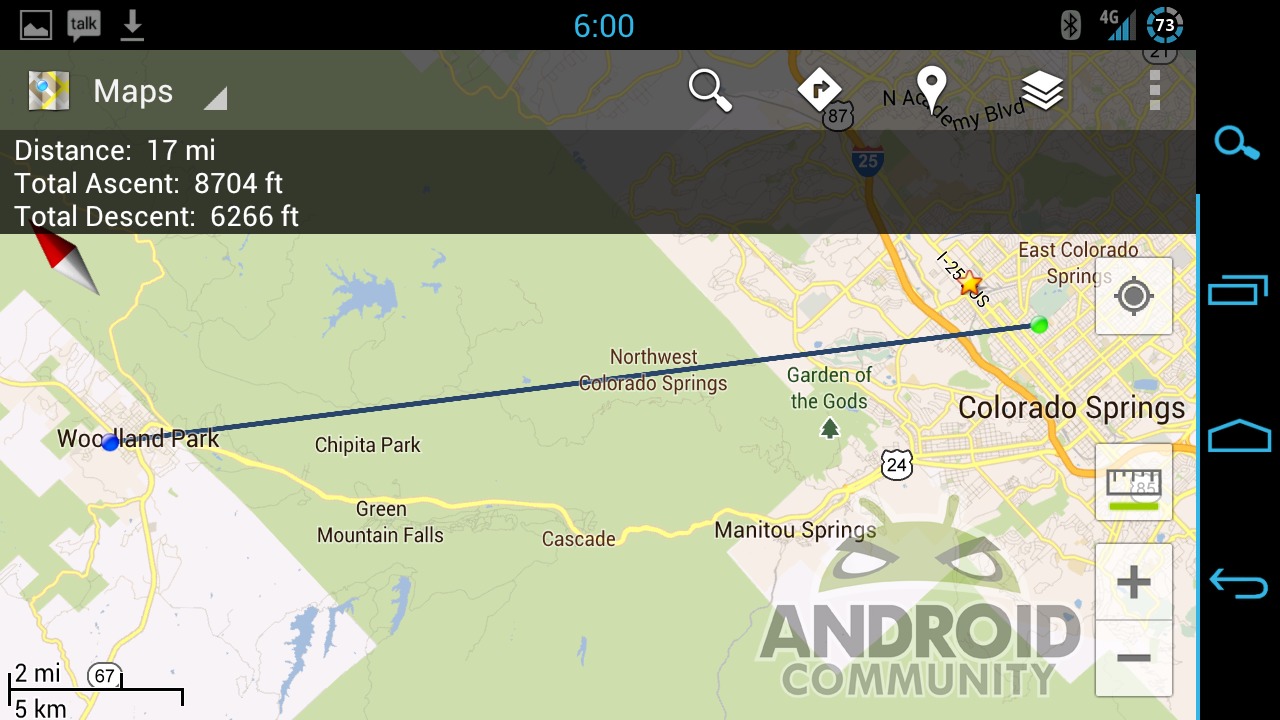 If you’re a Google Maps user and a hiker, mountain climber or just a data junkie, you’ll want to update the app in the Google Play Store now. Two features previously restricted to Labs have graduated to the full app, and another has been added. The most interesting stuff is still happening in the Labs section, with the newly revised Measure feature allowing you to see elevation data. The new functions work with all current Android devices.

The scale bar has been available in Labs for a while, and mimics the same function on Google Maps’ desktop site. You can’t adjust the scale bar in the lower left corner, but it shifts dynamically based on what level of zoom you’re looking at. Speaking of zoom, the plus and minus buttons are now permanent features, zooming in and out by a factor of two (give or take) with each tap. Both can be enables or disabled in the “Display” section of the menu.

The new Labs feature allows you to tap between two points on the map and get an instant distance between them. You can also see the elevation of both points, and the difference between them: for example, going between Colorado Springs and Woodland Park is 16 miles as the crow flies, but it’s about half a mile of vertical change. You can also select multiple points for a more accurate route.