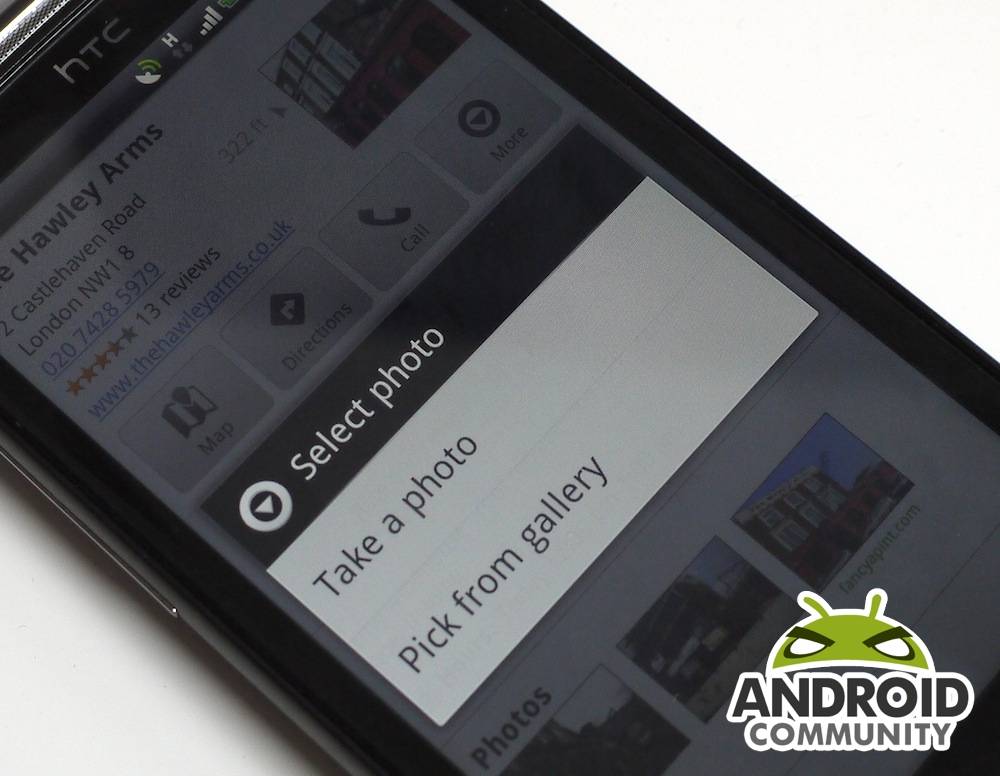 Google Maps for Android has been updated, tweaking the mapping appearance and adding the ability to add photos to places listings while mobile. Google Maps v5.1 introduces an “Add a photo” button next to the “Check in here” option in individual business listings, allowing you to choose from an existing picture or snap a new one with your phone’s camera.

Those uploaded images are then included in the gallery of shots stored for each listing. The change follows news of Google’s acquisition of Zagat, the restaurant rating company, yesterday, which is expected to be integrated into the range of location-based services offered on Android handsets.

For now, though, it’s user-generated reviews that take center stage, with this new feature allowing you to show exactly what you ate and where you ate it, rather than describe it. You can update your Android phone to Google Maps v5.1 through the Android Market.