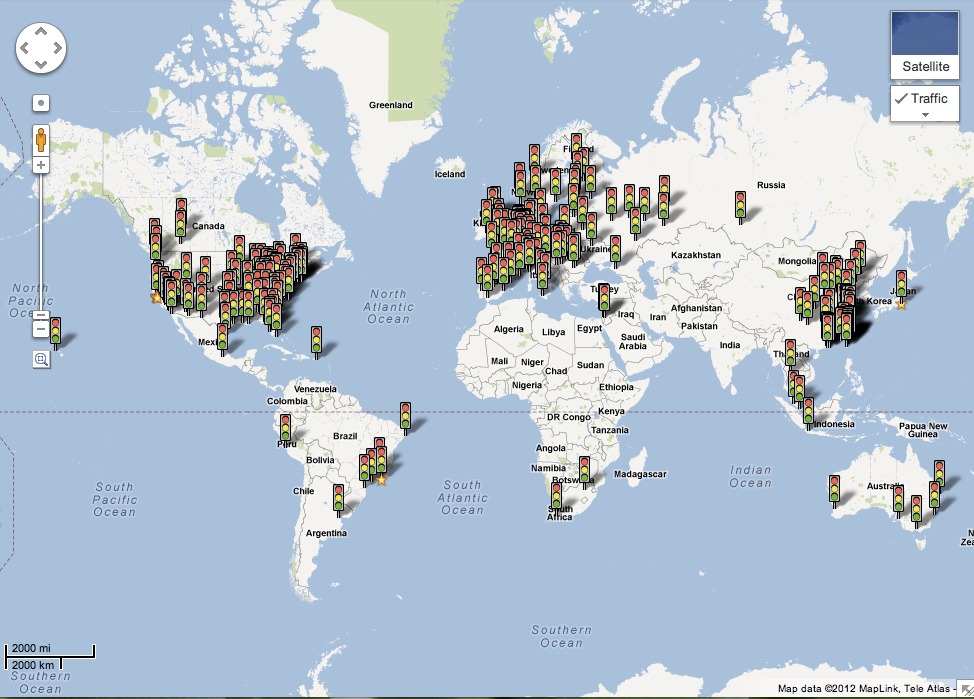 Google Maps is continuing strong today with an announcement that their live traffic updates and info is being added to 7 new countries across the globe, and being expanded and improved in another 19. With more than 900,000 Android devices activated daily we’re happy to have Google Maps and all its options.

iOS left Google Maps behind, and that is their own loss. A few weeks Google announced offline maps, and full 3D mapping both coming soon to Android, so it’s safe to say they won’t be slowing down anytime soon. While today’s news doesn’t effect us here stateside, you’ll be happy to hear if you’ve just got the features in your country. 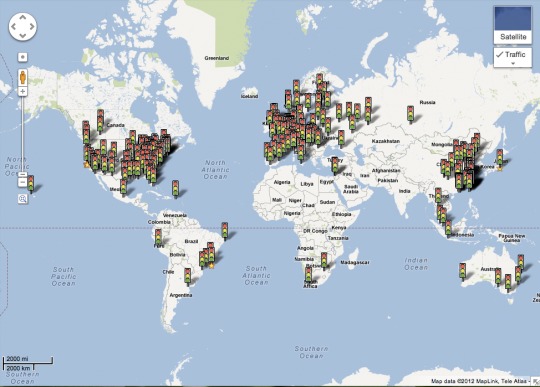 Traffic updates, details, and patterns in Maps is a great feature for all Maps users — including mobile. Starting today these features will now be available in Belarus, Estonia, Latvia, Mexico, Peru, Romania and South Africa. Then for those that already have it, not all locations are covered. The new expanded countries include: Australia, Belgium, Brazil, Denmark, Finland, France, Germany, Israel, Italy, Japan, Netherlands, New Zealand, Puerto Rico, Russia, Spain, Sweden, Taiwan, and the UK.

Good news for those that have been missing this awesome feature. Now we’ll just have to wait for offline and 3D maps to arrive for Android, then we’ll be set.

[via Google Blog: via Android Police]