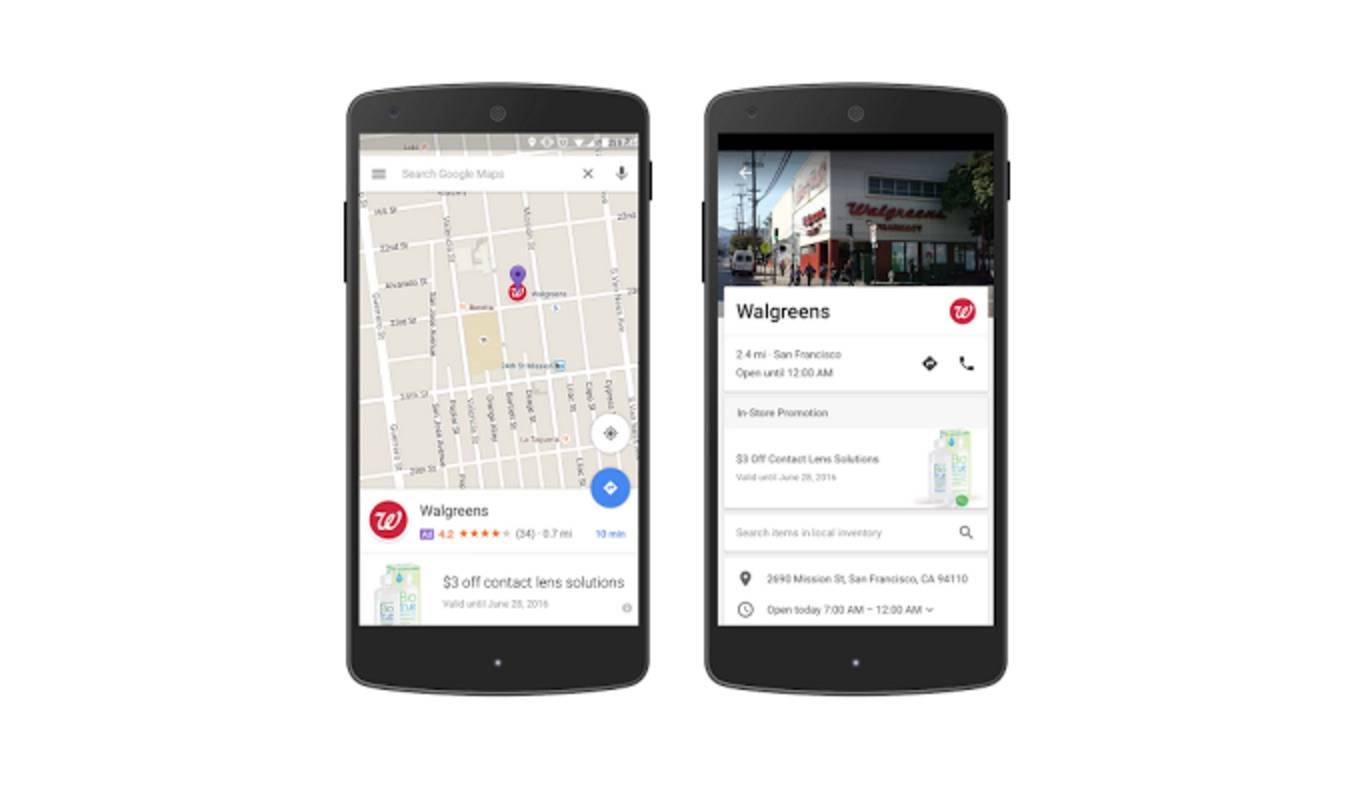 If you use Google Maps a lot to navigate your way around an unfamiliar area or even a familiar area, would you want ads and posts from businesses around a specific location suddenly popping up on your app? Well you probably better prepare yourself as it seems like that will happen anytime now as Google is starting to experiment on how to make searchers and businesses meet by integrating ads on the navigation app. The search giant has recently rolled out new mobile ad features and this will affect Google Maps of course.

Advertisers will now get the chance to place “promoted pins” within Google Maps. For example, you’re driving around an area and suddenly a recognizable Starbucks icon pops up on the screen, and you realize you need your caffeine fix, so you go where the pin leads you. Google held out on having ads on Maps, but now they feel like the timing is right, as more people are using mobile for search, and so local ads are much more relevant to both the business and the user (hopefully).

Advertisers are also looking at more effective mobile ad channels. While you would probably ignore an ad that pops up when you’re playing a game, if you see one while you’re using your map, for say, an indie bookshop, it might entice you to take a little side trip there in the hopes of discovering a new book to take home with you. Or if you’re new to the neighborhood and you’re looking for the nearest grocery, then having an ad pop up on your Maps app will actually be helpful for the user.

If you’re worried that Google may be using your location history to send you targeted ads, Google’s ad chief Sridhar Ramaswamy says that while they’ve talked about it, they have no plans yet of doing that since it deals with privacy issues. But if you want an option to turn off the ads on Google Maps, they also have no plans of making that option available, at least not right now.