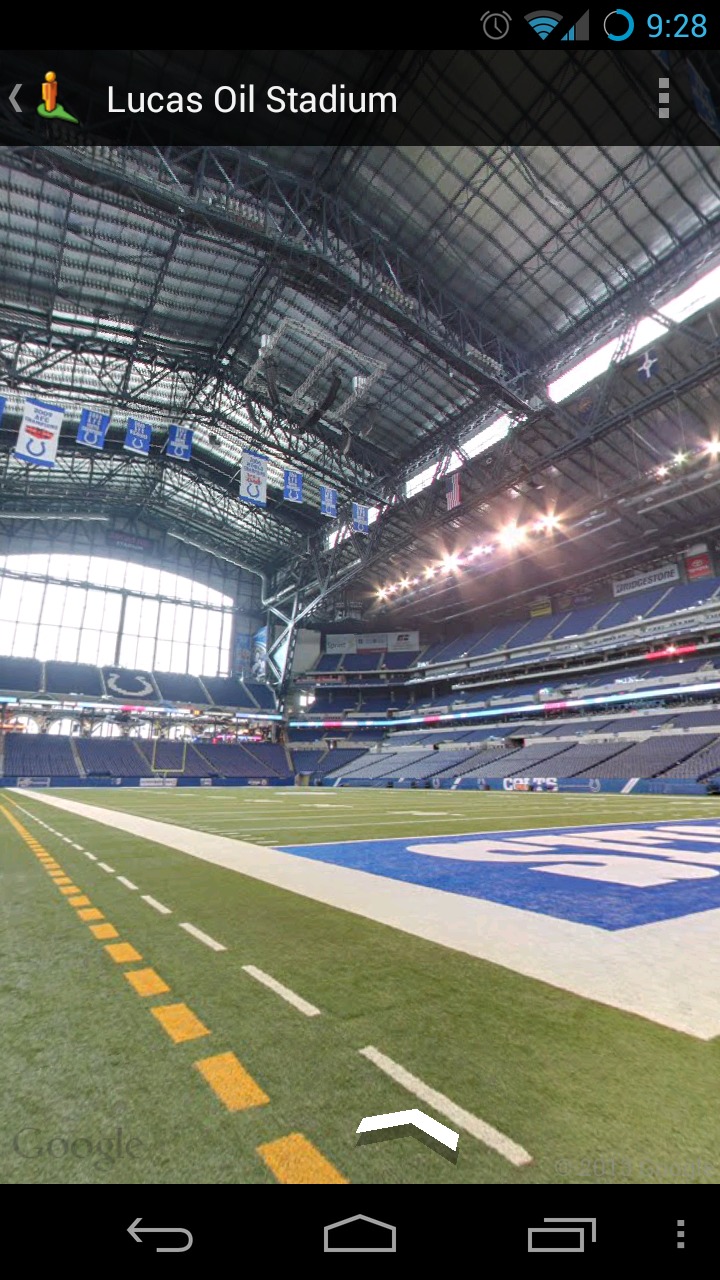 The NFL and Fantasy Football season might be over now, and my Packers didn’t win the Super Bowl, but that won’t stop us and Google from enjoying the NFL in some way or another. While the Ravens are champions and Ray Lewis is going out on his own terms, Google’s giving all of us fans an inside and up close look inside of some of the best NFL stadiums. Starting with a street view mode of Lucas Oil Stadium, home of the Indianapolis Colts.

The home of the 2006 Super Bowl Champions, the Colts, who also hosted last years Super Bowl are now giving Google’s cameras a look inside the stadium. Google Maps street view has rolled into the stadium and wandered down the hash-marks to the 50 yard line and is giving us a first-hand look of what it would be like to do an end zone touchdown dance Victor Cruz style.

Google’s calling this their “Vip 360-degree experience” inside of many of the best locations around the NFL. They recently did the same for the Grand Canyon, but today’s all about the NFL. Basically for those that don’t want to watch LeBron and MJ argue about who’s the best Basketball player of all-time, you can turn on Google Maps and relive the football season. I can’t wait for draft day and training camp myself.

Street view on mobile will let you walk on the field, and even wander the halls and head to the Colts locker room. For those on a PC however, Google claims you’ll get the full VIP experience heading into suite and club level VIP seats, walk through the stands, and anything else you can imagine. I’m thinking the Quarterback Suite is where I want to watch the game from. The Colts and Google are happy to give us, the fans, the chance to visit the stadium from anywhere in the world. Google plans to offer other locations and stadiums soon. I wouldn’t mind a tour of the Dallas Cowboys stadium, or my Packers of course. Who’s your team?