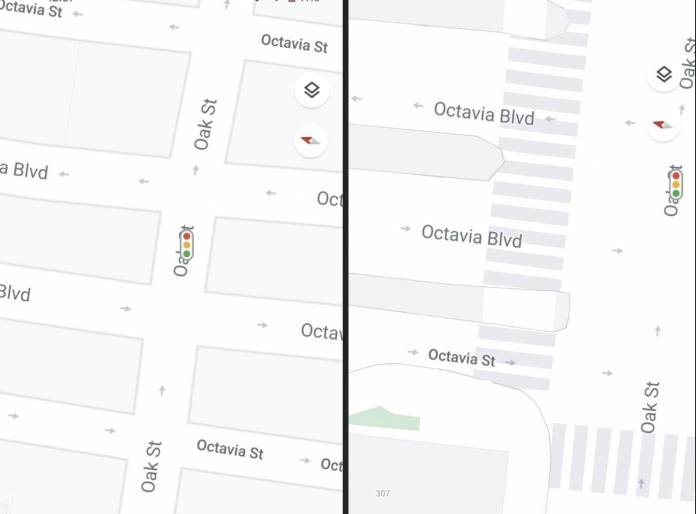 Google Maps is pretty useful for when you’re navigating a new place but it’s not always accurate, especially when it comes to the littlest details for walking directions. Last year, they announced that they would soon roll out an update that will bring highly accurate street details that would include things like crosswalks, pedestrian islands, and other aspects that will affect your ETA as well as your actual walking or commuting. They have now started rolling this out to four major cities: London, New York City, San Francisco, and Tokyo.

Google showed the improved street details in action last December but now it seems that it’s rolling out to more users as per Android Police. For now though, those who are living or visiting in the four major cities mentioned will be able to benefit from the improved Google Maps. And not all areas in those cities are covered for now. These are the specific areas that will have the more accurate street details: Central London, UK; New York City; San Francisco; and Central Tokyo, Japan.

When you open the updated app and you’re in an area where the street details are available, you’ll notice that things like road widths, rounded corners, roadside vegetations are included and are seemingly accurate. You’ll also see crosswalks, medians, and pedestrian islands so you will know where are the right places to cross and you won’t be caught jaywalking or something, especially if you’re in an unfamiliar place. The real widths of pathways in parks as well as stairs will be depicted so those who need accessibility information are properly informed.

These things may be small but are crucial to know for tourists, visitors, and even those who live in those areas but may not be so familiar with all the street details. For example, a major intersection in San Francisco now has accurate road widths and curves, crosswalks, and pedestrian islands to guide you properly as you navigate this busy intersection. A person not familiar with the place may have difficulty finding the right places to cross but now you’ll be guided accordingly.

The update to Google Maos with street-lever details seem to be rolling out as a server-side update so you’ll have to wait until it gets to you. Hopefully it will also roll out to more cities and places over the next few months.