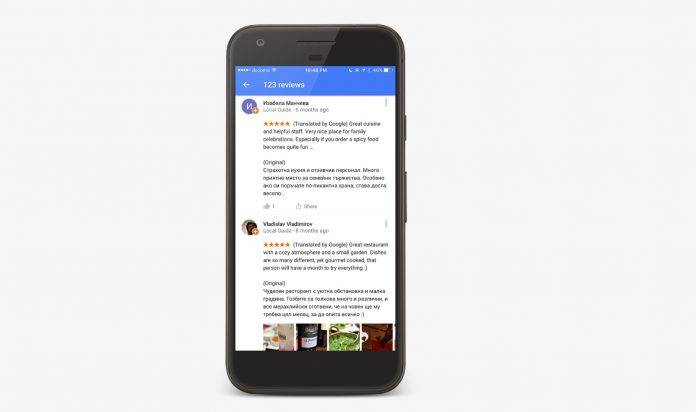 When you’re visiting a new place and you don’t know where to eat or where to go, you probably take a look at the reviews of restaurants or other places, and one of the apps where you can do that is Google Maps. But oftentimes, the reviews people put in the local places are probably in their own language. The days of copy pasting to translate it are over as the app now shows the local reviews in your default language.

Previously, if you were curious about the reviews you could not understand, you would select the text, copy it and paste onto Google Translate or whatever translation app you used. Google is removing a few steps in the process by automatically translating the reviews into the language that you’ve set on your device. You will also be able to see the review in the native language under it, just in case the powers or Translate have failed (as is sometimes the case) and you can ask a native speaker to translate it more accurately.

This is a pretty useful feature for those who like exploring new places or traveling and then figuring out where to go in a specific area or neighborhood. While of course you have things like Trip Advisor and blogs to check out reviews, if you’re a fan of the whole Google eco-system, then this will be an easier way to check out if the place or restaurant is worth going to.

The update is rolling out to Google Maps users so check it out if it’s already available for you by going to the Google Play page. 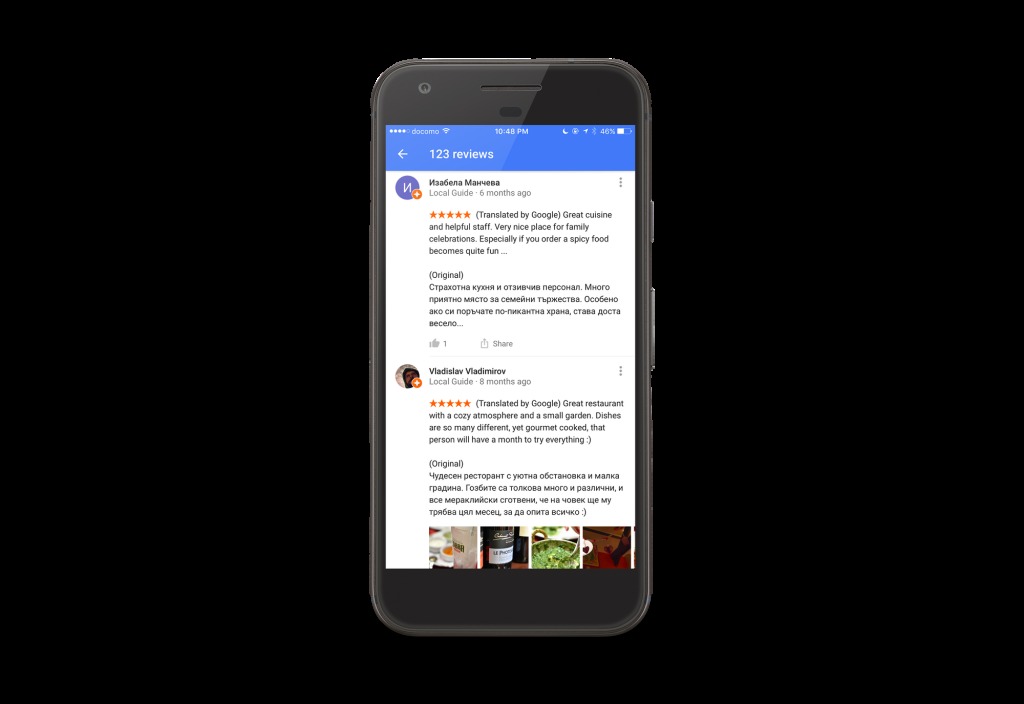