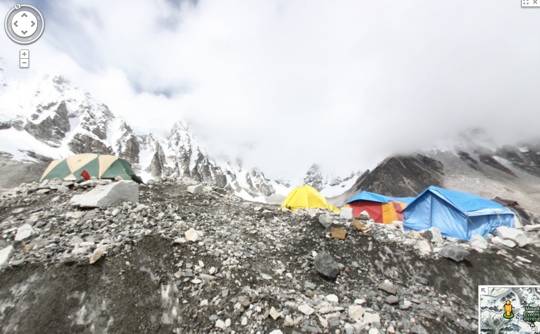 Google has released the latest ‘special collection’ for Maps. This time the collection includes some of the most famous mountain ranges in the world. These include Aconcagua in South America, Kilimanjaro in Africa, Mount Elbrus in Europe and Everest Base Camp in Asia. This means you can now explore these locations virtually. Not to mention, quite a bit safer as compared to being on the ground.

Aside from simply exploring these mountains using Maps, Google has also provided a behind-the-scenes look at what it took to get the data. Lets just say that this is probably not a journey that many would be happy or willing to take. The Google Maps blog notes the journey as be beginning with “the trek to Everest Base Camp” which when said like that sounds pretty mellow and calm.

More to the point that, the team that captured this data further notes that they “spent 12 days in the mountains battling altitude sickness, an earthquake, mudslides, snow storms and flash floods.” All this to achieve an altitude of 18,192 feet (higher than anywhere in the contiguous US) and with more than 70 miles of hiking. Of course, that is hiking with a full-rig of camera gear that allowed the team to capture everything.

Bottom line here, while it is easy to sit back behind a display and check out some of these wonderful images, it is also rather nice to get a small bit of detail in terms of what it took to get them in the first place. Granted, we don’t think anyone thought getting images of Everest Base Camp was easy, but sometimes you need that reminder and behind-the-scenes look. Anyway, thanks to Street View being available on mobile and desktop, you can now sit back and do some virtual exploring.