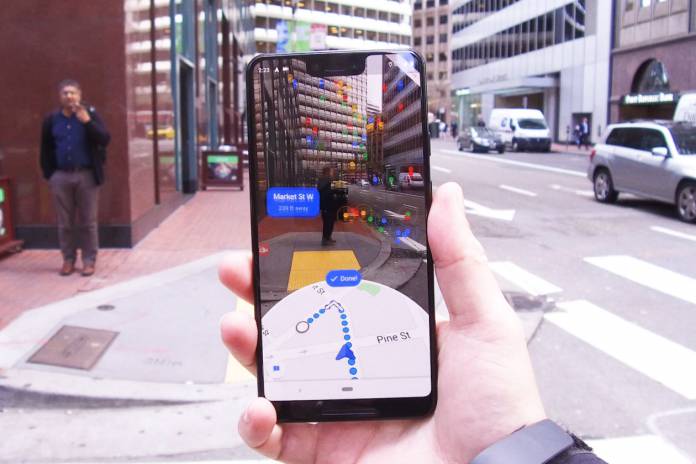 Months after they announced its existence, Google Maps is now rolling out its Augmented Reality navigation feature, but only for selected users. They’re still in testing mode and it would need more feedback from a larger set of users, in this case Local Guides, before they can release it to everyone else. This feature will help you navigate better in the “real world” and can help GPS pin your location more accurately. However, it is something not meant to be used the entire time as it might become dangerous for yourself and others.

The walking feature was introduced at the Google I/O Conference last year and lets you navigate through Google Maps but with an AR overlay that only you can see on your phone of course. When you start using the AR mode, it will scan your surroundings. GPS still plays a role as it will tell the app an estimate of where you are and then the app will match it with what it is seeing on your camera through Street View data.

Your camera will show 3D arrows when you need to turn or when you need the exact direction you should be going to. There are also rectangular blue signs that will tell you how many feet it will be until your next turn. When you finally reach your destination, you’ll see a huge red pin confirming that you’re exactly where you’re supposed to be. The look of the arrows and signs may not yet be the final one as they’re still testing it out with more users.

But of course, it’s not meant to be used all the time or else we’d all be bumping into each other and getting into accidents. When you lower your phone, the app will go back to the regular view instead of the AR view. If your phone detects that you’re using the AR view too long, it will send you a reminder to put your phone down and it will eventually turn the interface gray. 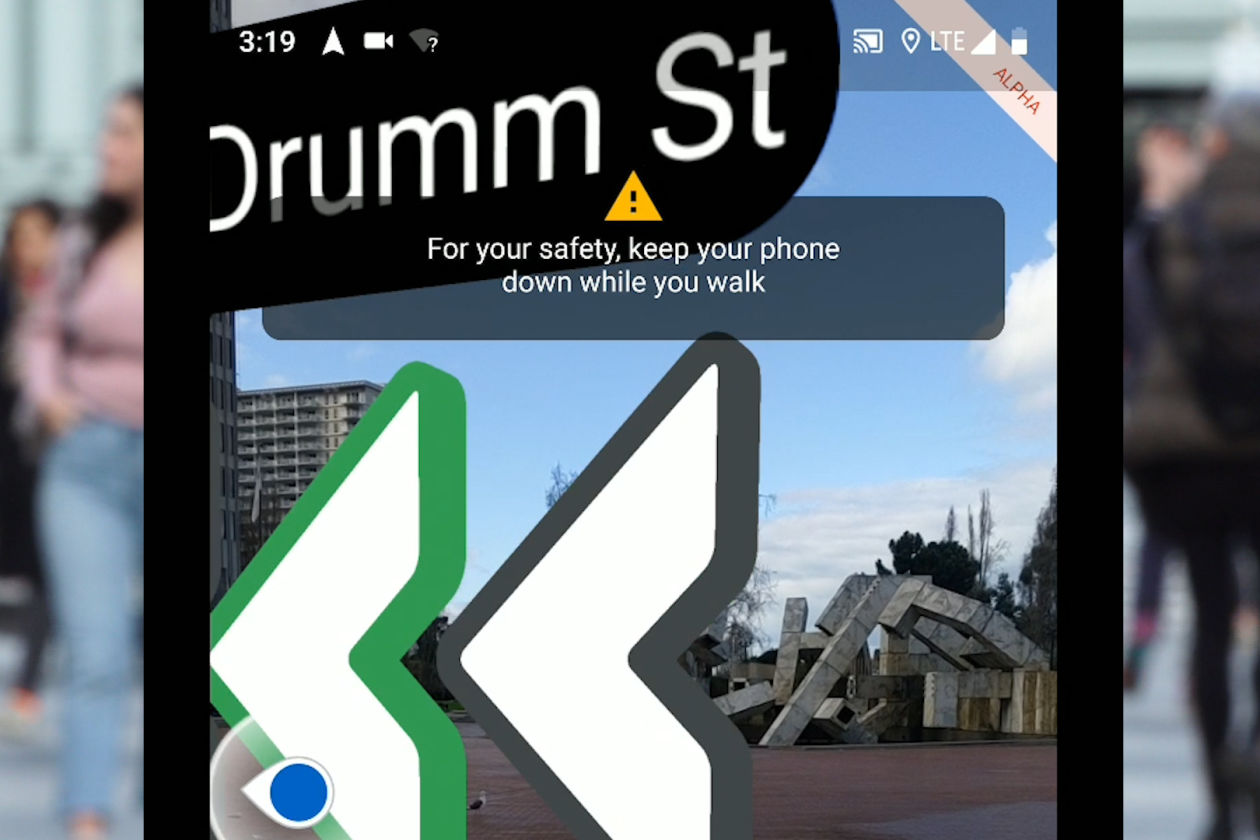 Aside from safety issues, using AR navigation will also drain your battery faster. So if you’re one of the lucky ones that has it already, use it sparingly or when you know you can charge your device eventually. There’s no specific date yet as to when they will be rolling out to the rest of the Google Maps users but don’t hold your breath.