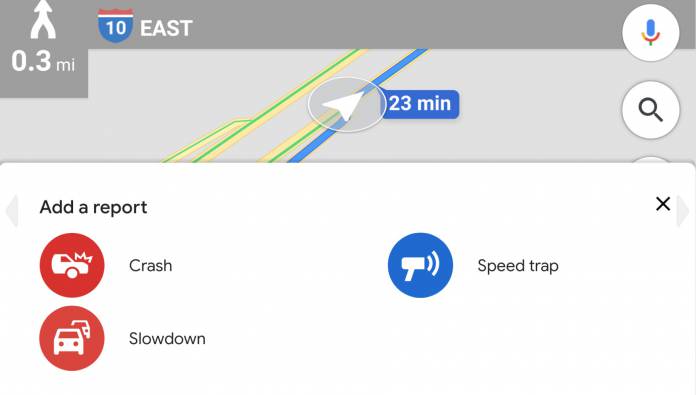 Even though technically they’re both owned by Google, there’s still a lot of differences between Google Maps and Waze. But one of the most requested features from users of the former is to adapt the incident reporting feature of the latter. Late that year they eventually did that but was limited to only two things: crash incident reports and speed trap reports. Now they’re adding another important thing that users can report: traffic slowdown. It is now rolling out only to selected countries so don’t be surprised if it’s not in your Maps yet.

While Maps now does a relatively good job of showing you the traffic conditions in areas, it’s still not as robust and active as what Waze does. Incident reporting should help them improve that and give users alternatives to their usual routes in case something has changed within the past few minutes. The ability for users to contribute to that data is an important part of navigation apps and Google certainly wants to improve Maps in that way.

When reporting an incident, you now have three options: crash report, speed trap, and traffic slowdown. Well, except in India where speed traps aren’t part of the reporting and so you only have two options. When enough users report that there’s a congestion, you’ll be more aware of what to expect and Maps may even give you the options to actually change your route.

Because of the addition of this new incident reporting, you’ll be able to see more clearly the traffic conditions through the colors green, orange, red, and burgundy. This will also help Maps in adjusting routes to their users’ destinations. There’s still a lot of differences between Maps and Waze as the latter is really more conducive to live driving but at least users now have an option.

If your app is set to UK English, you’ll see slowdown as congestion. The update is rolling out to Google Maps users who live in countries where incident reporting is now live.