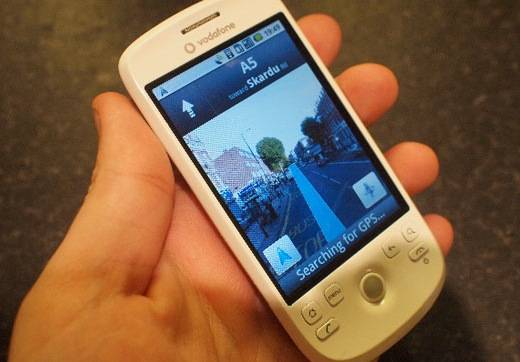 As most of you – if not all – already know; Google has officially announced that those who are using Android 1.6 or higher will be able to use Google Navigation Maps Beta. But unfortunately for Android users outside the US, they cannot use this navigation feature. Until now, that is, the bad news, at least for some users, is that you have to hack into your smartphone to get this.

The folks over at Electricpig have a Google Maps Navigation version that will work on non-US Android handsets. As you can see on the image above, they have it working on their HTC Magic, across the pond in the United Kingdom. There are still a few kinks though, so if you live outside the US and want to try this, be warned.

They have also put out an easy to follow tutorial on how to go about and do this hack. But remember that any hack (small or big), is always at your own risk. Here’s what you need in case you want to go ahead with it: First, an Android 1.6 phone, one microSD card and microSD card reader or USB cable. For the full tutorial, you’ll need to check their site, so click here to get there.

If you live outside the US and have this already on your Android phone, let us know in the comments. Chris, are you reading this? Let us know if you have Google Navigation Maps Beta working on an Android smartphone.