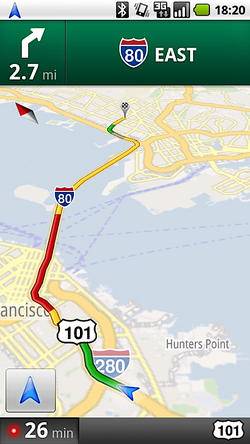 This has been one of the most wanted additions in Android since the release of the Droid. It has since then been added to most Android phones here in the US but our friends across the pond cant join in the glory that is free voice turn-by-turn navigation.

Google has been listening to the people in the European market who want this feature. But it is not as simple for them to just add it like they can here in the US. There are a few more obstacles to deal with n Europe. For example, Google works with partners such as Navteq (Nokia) or Tele Atlas (TomTom) to provide maps of Europe. Maybe they have been with holding the necessary maps cache Google needs to proper implement navigation. There is a rumor that Google has been working with a company in the Netherlands to help bring this feature to Europe. This is looking like it is the case due to the recent withdrawal of Navteq, which is Nokia’s navigation, from the Android Market.