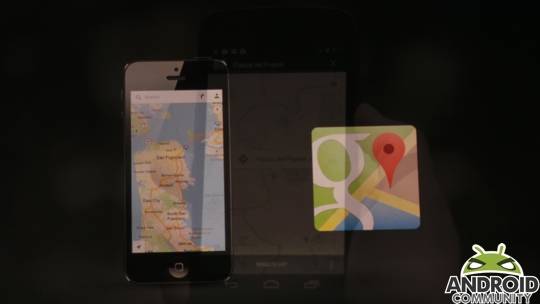 Google I/O 2013 also included some updates in terms of maps. In this case our focus will be on the mobile side, in which these updates will be coming for Android as well as iOS users. The big line here was how they will be going “beyond direction and navigation.” Pretty much, new features will be coming to Google Maps for mobile devices.

The demo offered a brief look at some of what we can expect to see. One of the items shown dealt with places, specifically, it was a search for ‘burmese sf” which brought in reviews. In addition to straight up text reviews, this update will also bring a new rating system — a new 5-star rating system.

This update will also bring an updated Zagat interface with scores and reviews as well as offers. The offers demo was shown using Starbucks, however there are a bunch of other partners including Office Depot, Office Max, Radio Shack, Toys ‘R Us, Hard Rock Cafe and more. The offers will be noted with a blue tag. Shifting things over to the navigation and we are seeing some real-time updates.

In this case you can expect to see improvements for re-routing and an improved view for real-time incidents. Touching back on the re-routing, should this happen while you are driving you will be given an audio alert letting you know. This Maps for mobile update is also adding an Explore feature, which is touted as a way to “explore and discover you surroundings.”

With this users will find categories for everything from shopping to restaurants and more. All that being said, it looks like users have a bit of waiting before they can get hands-on with this update Maps for mobile release. Google has yet to reveal a specific launch date, however they have said it will be available “this summer.”