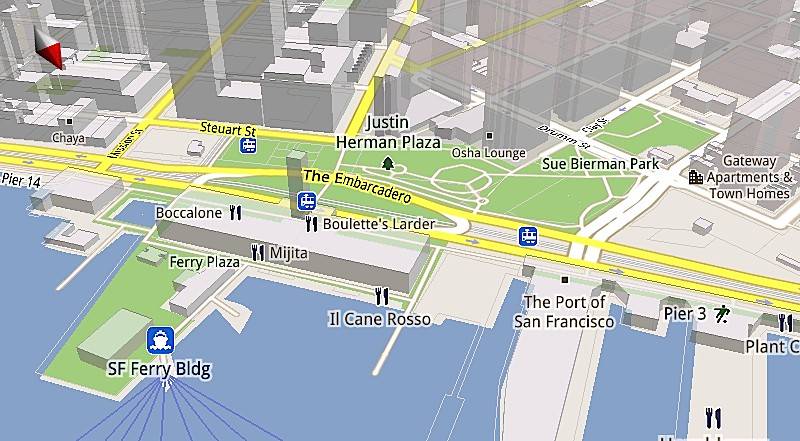 Andy Rubin didn’t spend much time talking about Motorola’s Honeycomb tablet; instead he used the slate to preview the incoming update for Google Maps for Mobile 5.0. The new version adds dynamic map building with building outlines for 100 cities at launch, new multitouch gestures including two-finger tilt & rotate, and offline caching for common routes and searches.

Only certain Android devices will support all the features of Google Maps for Mobile 5.0, which is due out in the next few days. The Nexus One, apparently, lacks the multitouch support for rotating the views; the full list of supported handsets is below.