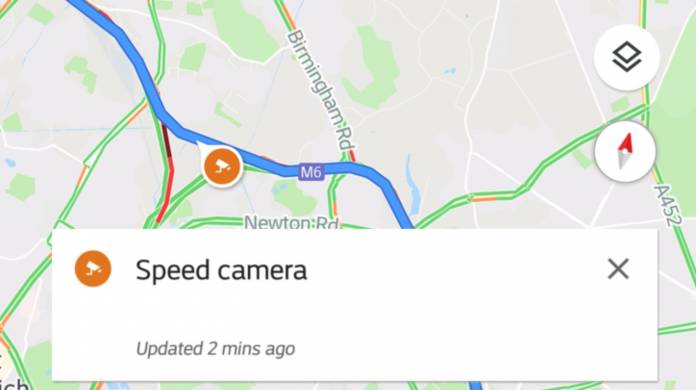 While Google owns both Google Maps (obviously) and Waze, they have made it clear that the development teams for the two will remain separate. That hasn’t stopped people who know that Google owns both to expect some of the Waze features to make its way to Maps. The good news is we’re seeing some integrations like speed camera and speed limits information. Users in some countries started seeing it earlier this year and now it looks like Google is expanding the rollout to other territories.

The added features function like they do on Waze, at least basically. When using Google Maps to navigate to your destination, you also get voice alerts when you will be passing by a speed camera so you can “adjust” accordingly. You will also now be able to see speed trap icons when you explore on the map the various roads that you will have to pass through to get to your destination.

According to Android Police, Google is now expanding the roll out of the speed camera alerts to other countries. Some of the places where it has reportedly gone live include Australia, Brazil, Canada, India, Indonesia, Italy, Mexico, Portugal, South Africa, Spain, the UK, and the US. As for the speed limit info when driving, it’s been spotted in Denmark, Poland, the UK, and the US.

There is no official announcement from Google yet about this or an updated list of where the speed camera and speed limit info features are now available. This is probably since the rollout is still ongoing and incomplete so let’s expect the official announcement sometime this week or next.

As for other Waze features that will come to Google Maps, we have not heard any rumors or leaks yet. Waze users, what would you want to see on Maps so you will switch to it or use it as an alternative?