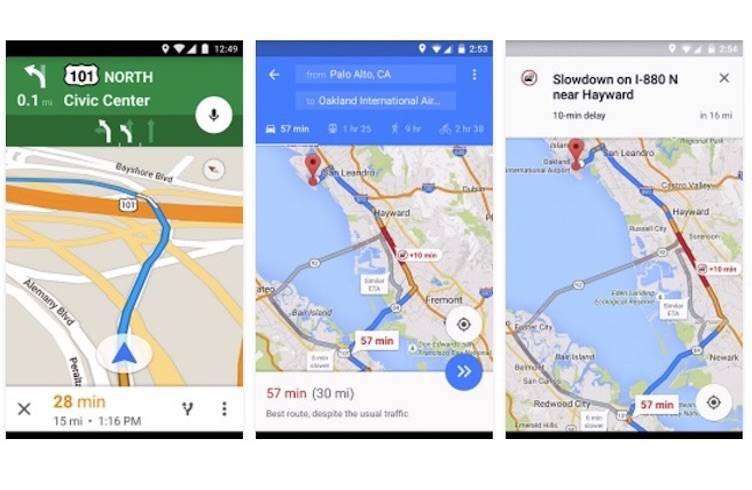 Aside from Android Pay, Google Maps is also getting some enhancements via the latest update. It’s a major release so don’t be surprised if you see a slight redesign on the Timeline view. It’s also more interesting as the app is already installable on Android N Developer Previews. We’re not sure what stage is the release but it could still be on beta. Some users may also receive this one on the stable channel. Wherever you may happen to see the updated Google Maps, be happy to know that you’re one of the lucky few.

A teardown was recently shared online to give us more information about the update. It really is ready for the Android N Developer Preview. It also brings Android Wear integration plus some fixes on Android Auto on DP4. On the Timeline screen, the notes and titles are now edible. You’ll notice obvious visual changes if you’re a regular user of Google Maps.

The fact that this version of Google Maps can be installed on DP4 means it comes with high version codes. Some changes will be made when DP5 arrives but before it happens, you’ve got to try this version first. If you own an Android Wear device, you will also notice that the Google Maps is back. Google seemed to have forgotten the microAPKs for Android Wear smartwatches but they’ve been restored on this version.

As with any other app updates, this one brings a number of fixes for bugs and errors you may haven’t even seen. Android Auto users know that the Google Maps DP4 isn’t working really well. The issues have been fixed already in this version so those frequent crashing will no longer be experienced.