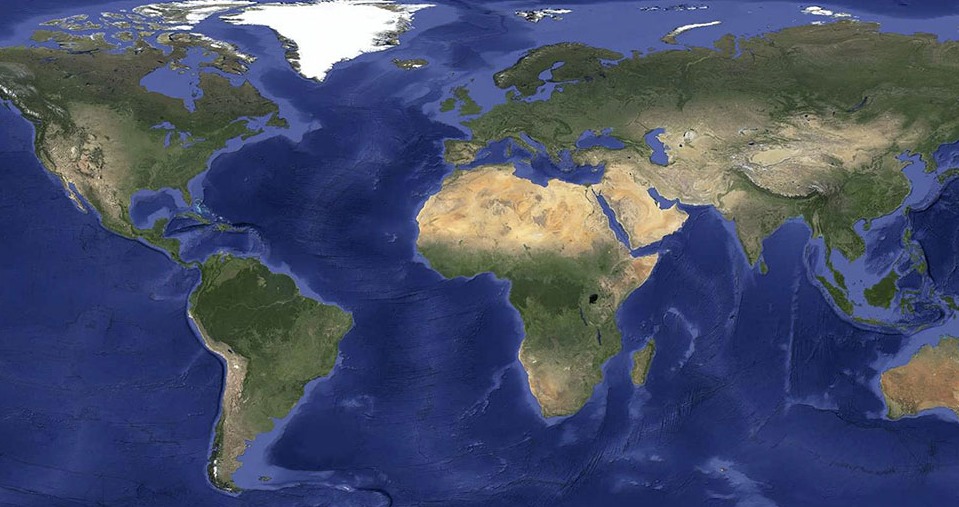 The technology and wide use of Google Maps and Earth is pretty impressive when you really think about it. Getting Street View images from almost every place around the world, being able to float around the globe in Google Earth and more. Well, Google’s recently upgraded their system and we now have 800,000 megapixels in size images of the globe.

According to the official Google Blog, their satellite system and overall imagery just got a major overhaul for the better. Nothing but clear skies from here on out. However, this means they can “always be watching” and even clouds won’t distort their view of the world. Google sees it all. That’s a little scary, especially given the recent PRISM news.

All Google mapping products have received brand new imagery today that was taken with over 800,000 pixels worth of photos from new satellites and improved systems. No more photo-bombs by bad weather or clouds, Google can get clear images of the Earths shell even on a cloudy day. It’s pretty impressive.

Many previous images were from NASA’s equipment from 2002, as well as a Landsat 7 satellite. Sadly that satellite was broken and every image had lines and issues. Google was still able to stitch it all together to deliver the stunning images we’re getting updated with today. Pretty neat stuff.

What’s even better is Google confirmed that the Landsat 8 satellite launched earlier this year, and will be bringing even better imagery and details in the months and years to come. More details and pictures are available from the blog link below. Smile for the camera!