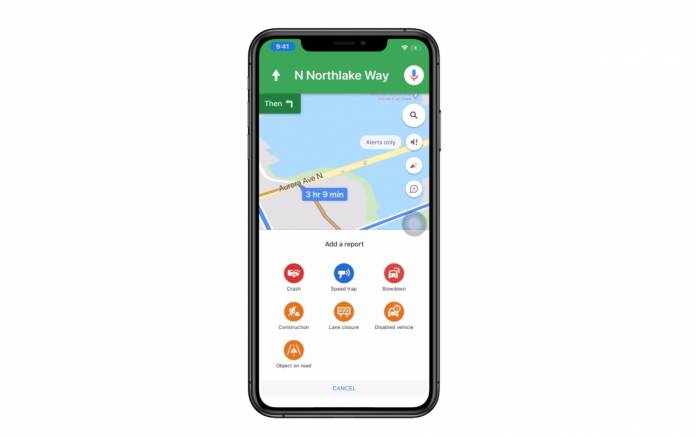 While Google keeps adding more features to Google Maps to make it the navigating app of choice, there are still a lot of drivers who prefer also Google-owned Waze. So what does the tech giant need to do? Make Maps more like Waze of course. One of the more popular features for the latter is the reporting of various things and incidents along the way. And now the former is getting features similar to that for its Android app (and the other one too).

The four new types of incidents that you can now report on Google Maps are the following: construction, lane closures, disabled vehicles, and objects (like debris) on the road. If this sounds familiar already, you’re probably a Waze user already since these incidents have been ready for reporting for a long time. Adding a report is also pretty easy. Just tap on the + sign and then “Add a report” and then choose from the growing list of incidents.

Back in May, Google Maps added the ability for users to report speed limits and speed trap alerts in more than 40 countries. That feature is also now being added to iOS. They’ve also previously added some features similar to Waze, like adding another stop to your route even as your navigating. You could also view nearby gas prices so you could be guided as to where it is cheapest to gas up.

While Google also owns Waze, they would probably still want people to turn to Google Maps so they can aggregate all of that data and use it for other services. For example, the data collected can guide the wait times, popular times, and even visit duration. You also have to remember that Google Maps is also a sort of gateway to the My Business platform which has also been challenging Facebook Pages as of late.

These new features for Google Maps has also ready started rolling out to Android users. Hopefully for Google, this is something that will bring more people to it.