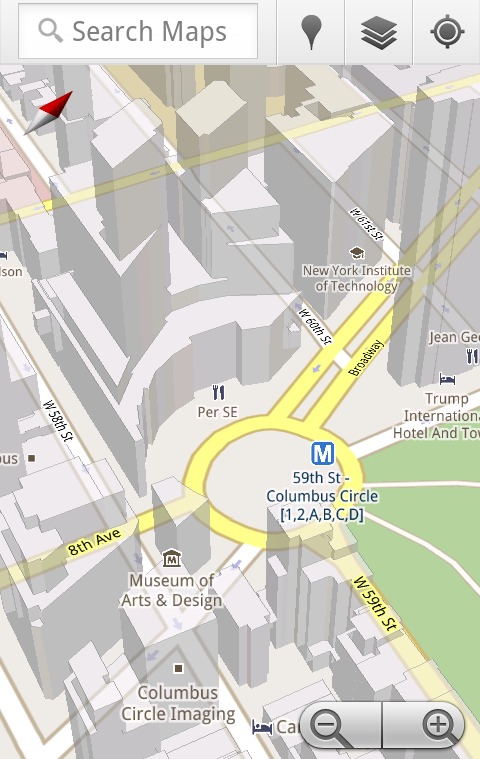 Using her time well at LeWeb 2010, Google VP Marissa Mayer went up on stage, and started talking about what people can expect from the next big update to Google Maps. The 5.0 update will bring with it plenty of improvements to the system itself, as well as plenty of extra features on the aesthetic end of things, so using the application will be just as enjoyable as useful. Of course, just talking about it is one thing — showing it off is another.

The handset in question, not surprisingly, was the Nexus S from Samsung. The new flagship device, equipped with Android 2.3 under the hood, managed to run the latest version of Google Maps without a hiccup. New features include 3D landmarks, and improved cached usability. Thanks to the latter, Mayer points out that using Google Maps while offline will be a lot easier.

However, it won’t mean that you can use Google Maps completely offline. While the cacheing is better, it still will only permit you to get through a deadspot here and there. As for those 3D landmarks, you’ll be able to pan around them, for closer looks, thanks to two-finger gesture control. Check out the video below to see it in action.