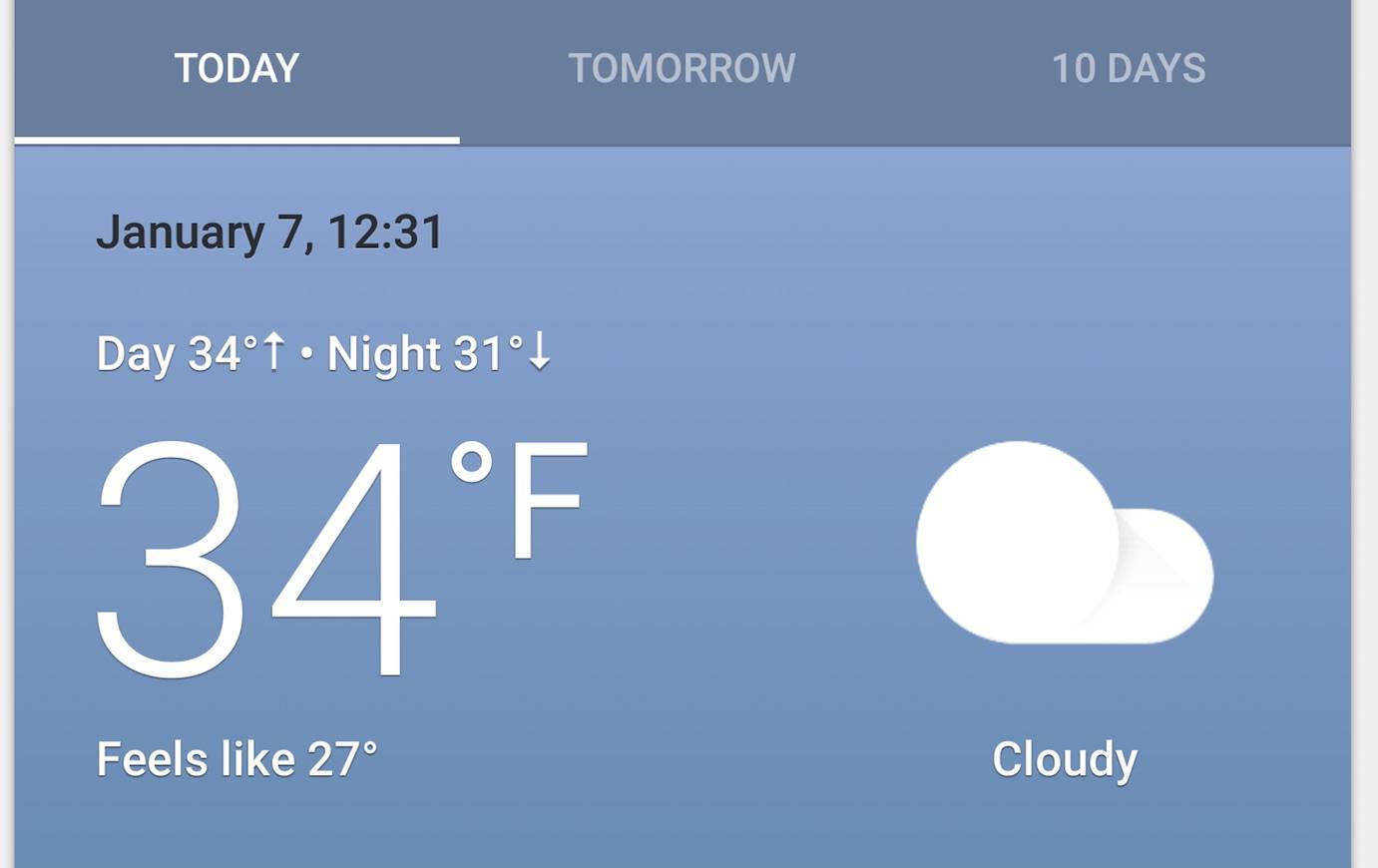 Google is said to be working on a new design for the Weather Card. Instead of the usual white with grey text, interactive timeline, and clickable days, you’ll soon see some changes for a more pleasing and minimalistic look. While the older design already looks nice, there’s are still more ways on how to improve the design and navigation of any app or website. The challenge is to actually make things simpler than ever. The less cluttered, the better for frequent users of the Weather Card.

The redesigned card looks like a totally new weather app because it occupies that whole screen. You’ll easily notice three tabs: Today, Tomorrow, and 10 Days. All appear to be clickable for easier switching. What’s interesting in this new design are the gradients which seem to be making a comeback from the past. From the standard just white screen with text, there seems to be colors now.

The changes were first noted by a Redditor known as ‘aperson’ a few days ago and was quickly picked up by Android Police. The latter shared several screenshots of the redesigned weather card. It’s text on white versus the colored windows that look more attractive. They’re not really vivid and colorful but the gradient makes the screen look more alive than ever. White is fine. It’s clean and streamlined but it can be too boring. 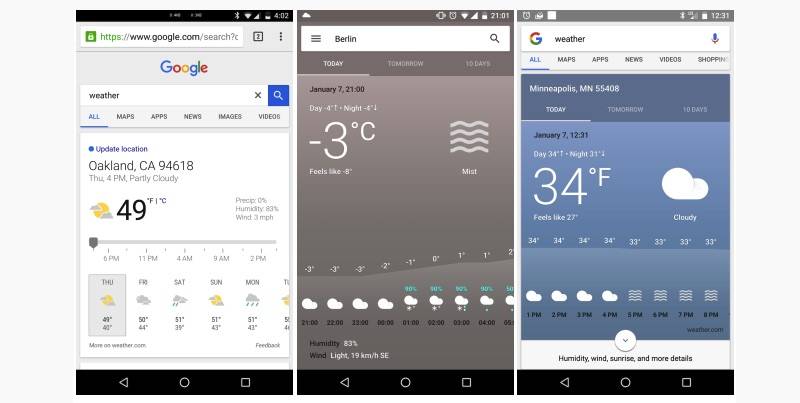 Cute graphics have been added as well to add some fun to the weather information that will be greeting you every time. Use the card more often and you’ll regularly see that green little frog showing off how he’s having fun under the sun and somewhere where weather is nice, stargazing under the moonlight. You will usually see the graphics on the Today view. Other special information the program can show the user include health messages, sunrise/sunset times, and air quality among others.

This version isn’t public yet so only a few users have tried it. Don’t be surprised if you see an unfamiliar screen greet you the next time you open the weather card.