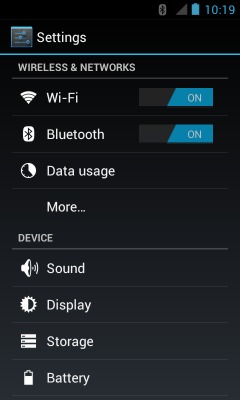 With Android 3.0 Google first introduced their new look and feel to Android with Honeycomb. Google has put in tons of resources and tons of work to get their UI where they’d like it for Android 4.0 Ice Cream Sandwich. A new post on the Android Developers Blog has details about the new Holo UI theme and mentions that it will be a requirement for Android 4.0 devices moving forward.

Now for all those HTC Sense UI or Blur fans don’t get too worried just yet. This doesn’t mean that custom user interfaces will be going away (although I wish they would) it just means that key aspects of the user interface will remain in-tact in order for devices to get access to the all important Android Market and Google Apps. This is actually an excellent step and something Android has needed for a long, long time.

This should not only help developers, but also make updates beyond Android 4.0 Ice Cream Sandwich easier and faster for those like HTC with Sense UI. Although many things will still be changed key elements will need to be in-line with the Holo theme from Google. This new system will also help developers easily build applications and worry more about their app and less about different skins, or UI changes that may break or cause problems with their application. Here is Google’s final thoughts:

Android apps running on 4.0 and forward can use the Holo themes and be assured that their look and feel will not change when running on a device with a custom skin. Apps that wish to use the device’s default styling can do so using the DeviceDefault themes that are now in the public API. These changes let you spend more time on your design and less time worrying about what will be different from one device to another. Finally, Android’s resource system allows you to support features from the latest platform version while offering graceful fallback on older devices.

Custom changes like colors or even menus will now be system wide making things more familiar for users, not to mention make third party apps look and feel like an integrated part of Android as a whole. With backwards compatibility and more this should really help the application and UI side of the fragmentation problems in Android. More details are available from Google themselves at the link below.