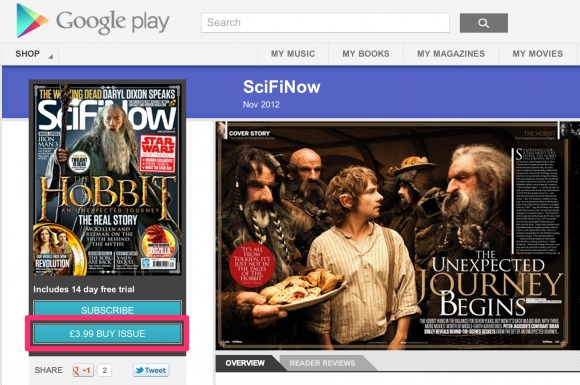 Google Play Magazines have been officially launched in the UK this week. After a rather long wait all you UK users rocking a Nexus 7 or other Android goodies can now open the digital pages of Google’s selection of Magazines. Over 100 titles are available at launch, according to Google UK, and as usual purchases are synced across all devices.

Google Play Magazines launched back in June, and has slowly been gaining steam and improving its library. After initially launching in the US Google’s continued to rollout the service to many different regions. The same goes for Play Music and Books, which have been receiving the same treatment.

The picking still isn’t too great though. Google UK mentions Men’s Fitness, Glamour, Hello! and much more are available today and the plan to add plenty more in the coming weeks and months. While users can purchase individual issues, the pricing still could be a little lower to compete with actual copies.

For those in the UK everything we love about Google Magazines is included. From “interactive” modes with in-depth features and short videos, to text-only modes for quick and easy reading. Head to the Play Store today and get Google Magazines and give it a try.