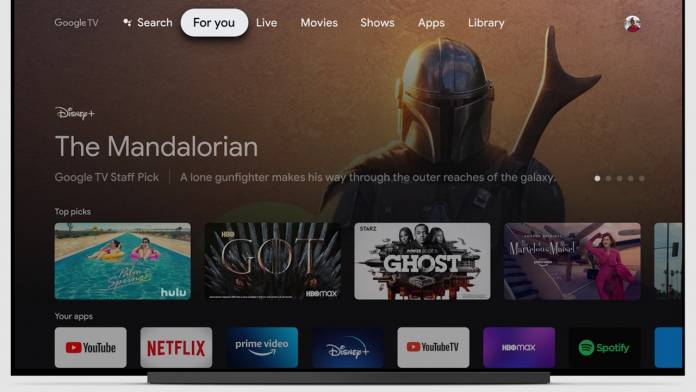 While there are a lot of streaming services to choose from (some may say too many), there are of course those on the lookout for free movies and TV shows that they can get on their smart TVs or streaming devices. Google is reportedly focusing on bringing more free TV channels to Google TV which powers their Chromecast device and select smart TVs. This should make the brand more appealing to cord-cutters and those looking for free content. While no official word has come from Google, this is something that they should logically pursue.

According to Protocol, Google is currently in talks with companies that are involved in the distribution of FAST channels – that means free, ad-supported streaming television. Even though they are online streaming platforms, they actually are similar to the linear TV networks as they have ad breaks during an episode and even on-screen graphics. Since they are free, that’s the price viewers have to pay without actually paying for anything.

Those who have Chromecast will probably be able to browse these channels through a live TV menu. So far, this section has only been used for paid TV services like YouTube TV and others that users may have subscribed to. Smart TVs will also most likely see these free channels alongside the OTA or over-the-air programming that they are able to access with an antenna. Google has no official statement though about this as of now.

Some smart TV makers like LG and Samsung have also used this approach to get more customers. They have integrated free streaming channels onto their platforms and Samsung alone has apparently streamed “billions of minutes” as per their SVP Sang Kim. Other TV platform operators like Roku, VIZIO, and Amazon have added live channels on their devices. Basically, FAST channels are a great free alternative to cable channels.

When Android TV launched back in 2014, there was a live channels framework but it didn’t gain as much traction. Eventually, Google didn’t port the Live Channels to its relaunched Chromecast stick last year. Let’s see if they will eventually bring it back as per the reports.