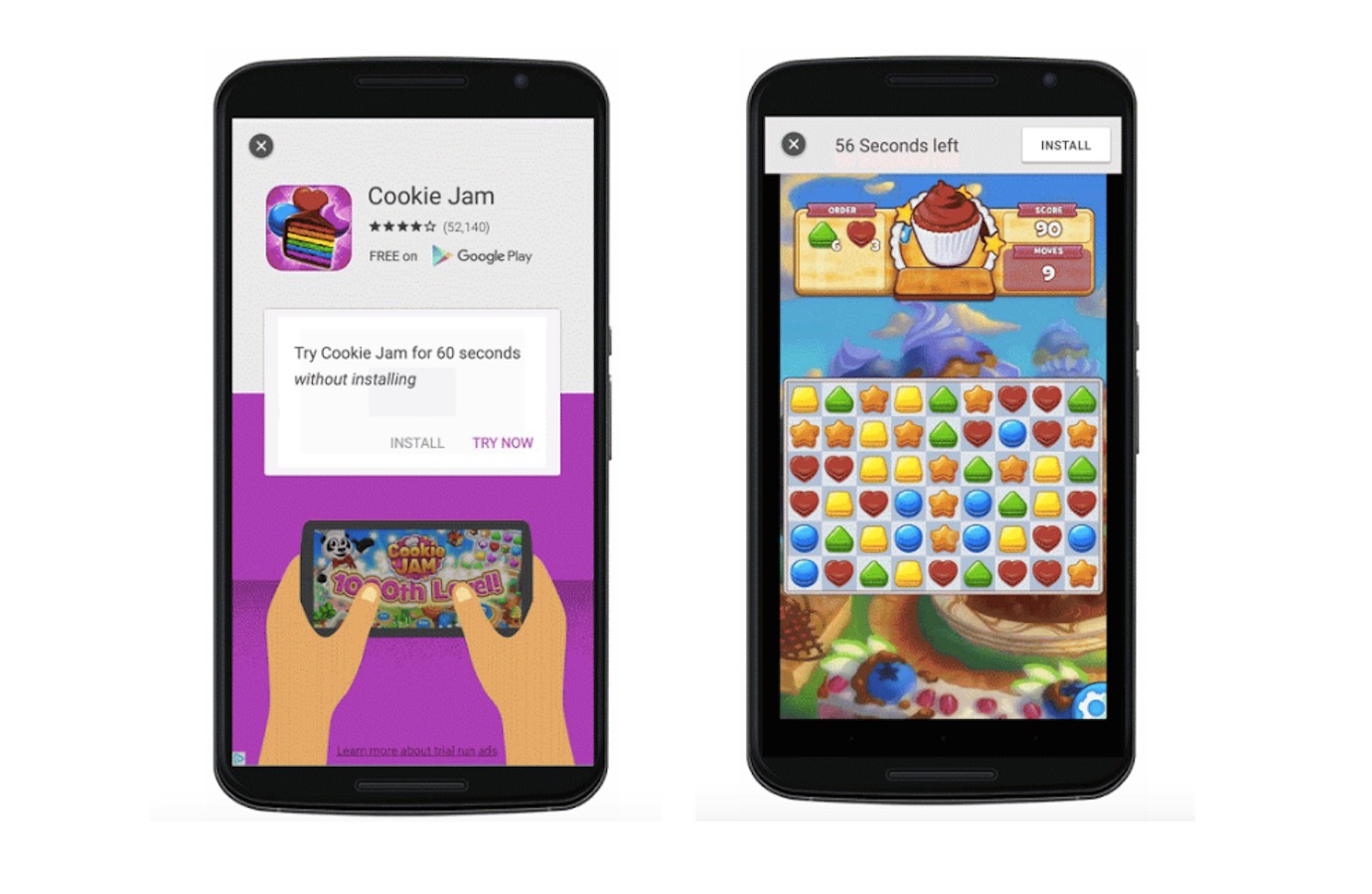 Ads. You hate them on apps or games when you’re the one playing. But when you’re a developer, you love how they bring you hundreds to thousands of dollars. Well, not all devs are lucky to earn through ads running on their apps but Google wants to make sure everyone is happy. Believer it or not, a lot of people have become millionaires through several ad programs launched by the tech giant.

It’s not just Google that is getting rich but a lot of geeks and Internet-savvy people. When it comes to apps, most people hate it when the games they are playing are full of ads popping up. If you want an ad-free experience, you can always get the Pro version.

For those developers relying on their apps to make some money through advertising, Google has made some tools that will help users make the most of the app while helping devs by redesigning an in-app ad format.

To drive app installs, Google has launch a new ad format. One useful service is the Trial Run Ads program. It’s actually an app ad format that allows a mobile player to play a particular for 60 seconds by streaming. App or game can be played before downloading. This way, a person can test if he really wants the app or not.

Google describes Trian Run Ads as an immersive demo that can help developers generate more app installs. In reality, one out of four installed apps is never used according to a recent study by Google. No need to investigate further if the statistic is true. Just look at the apps installed on your phone right now. How many apps do your really use? When was the last time you used this and that app?

The main advantage is that there is a bigger chance for developers attracting users who will really use the app. It’s about getting more quality users that will maximize the app as much as possible compared to more downloaders that don’t really use or play the game. Such Trial Run Ads provide gamers the chance to test before download and bring developers more relevant app downloads, pre-qualified app users, and more relevant ad clicks. The program also delivers more ultra-immmersive ads especially designed for games.