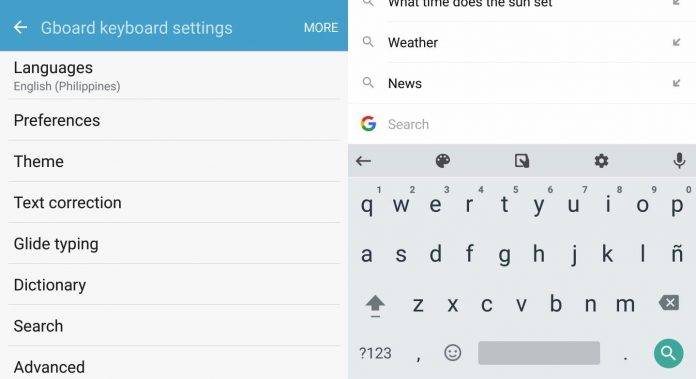 Earlier this year, Google has launched Gboard as a new app for iOS that lets one search for emojis and GIFs within chat. And just before 2016 ends, Google Keyboard becomes Gboard for Android with some more important improvements. The app is now on version 6.0 and boasts of multiple active languages, dedicated number row, and integrated search among others.

Gboard can allow a maximum of three active languages to be used at a time but with only one as your main preference. Before, you still have to switch languages in the settings but now you can do it right there on the Gboard. Feel free to search for an emoji and rearrange any the panel you see on your screen keyboard. With this update, the emoji icons also get some bright halo effect.