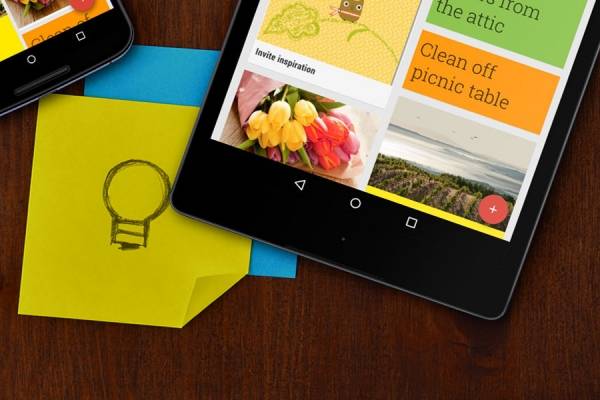 The minor update that Google Keep brought this week isn’t something to be all excited about as it doesn’t have anything to take note of. But what should excite users of this note taking/keeping app, and those who are still not convinced they need a Keep in their digital life, is the next update which will apparently bring important new features, like a drawing mode and the ability to doodle on images and screenshots.

According to the APK teardown from Android Police (which is of course just speculative even though it may be based on actual code), the new Google Keep will apparently have a drawing mode, where you can draw lines and shapes on a blank slate, or on top of an already existing image or screenshot that you pinned on the note. Based the string of codes on the APK, there will be an “Add drawing” option in the overflow menu as well as an “Edit drawing” option.

Based on the analyzed code, there will be four standard tools namely pen (round edges), marker (straight edges), highlighter, and erase, as well as eight sizes (tiny, smaller, small, medium, large, larger, huge, enormous). There are also different colors, although it’s still confusing as to how many colors will be there. Android Wear devices may be too small and difficult to have a drawing function, but the code says there will probably be a limited functionality that smartwatches can use.

The available APK has already been signed by Google, so if you can’t wait until the update is pushed to the app, then you can already download and install it. As for those who have a higher EQ, let’s wait and see how it will look like when it’s finally, officially unveiled.