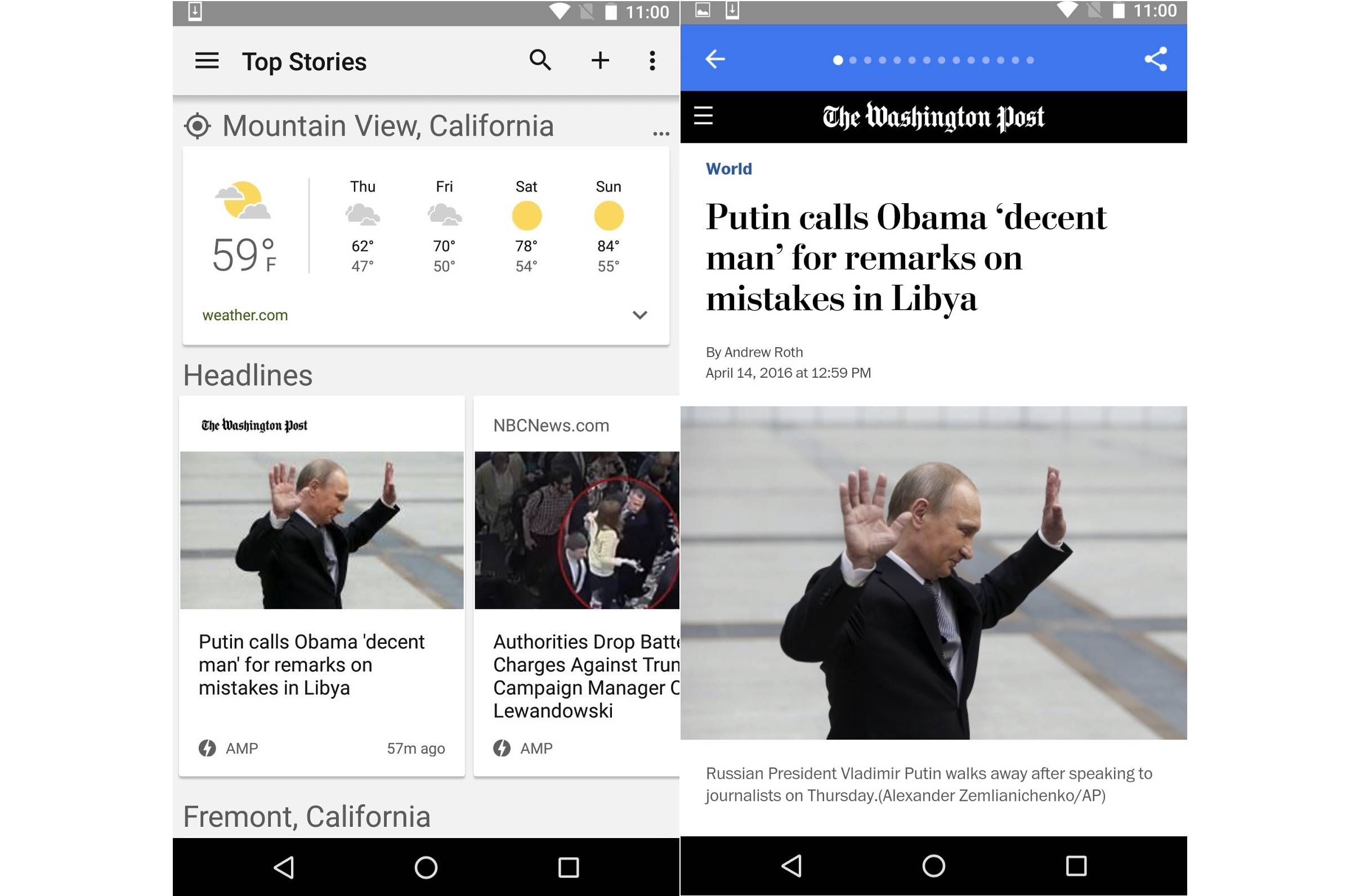 Google News have undergone quite a lot of changes the past few years. The last one we noted was when seven more language editions were added to its roster that was almost a year after the News app was made to look like Google Now the previous year.The team behind Google News believes that people need to be updated with current events and information that really matter. That is why they have decided to join the Accelerated Mobile Pages Project (AMP).

This effort is to optimize more websites for faster mobile viewing. There is a move now to update pages that are easily readable not only by the mobile browsers but also by search engines and mainly the end user–you and me.

Google wants the pages to load faster than ever so it’s “AMPlifyng” the pages. Using the open source initiative, mobile web viewing and browsing can be more efficient and faster than ever. The AMP project was introduced only a few months ago but thousands of website developers and publishers already used format. From desktop to mobile versions, AMP pages are now acceptable and actually preferred.

With this development, Google is making Google News AMPed up. AMP versions will soon be a standard in mobile search results so it’s recommended that other websites, especially of big companies and brands, consider joining the AMP trend. Actually, it’s more than just a bandwagon. We’re expecting this will stay until the next new platform or standard is introduced.

The AMP version of Google News will show an AMP carousel. You’ll see the top stories and headlines. Click on the article that catches your attention to read. Articles included in the list are optimized already so they should load fast. You’ll see that AMP lightning bolt icon. According to Google, AMP pages load four times faster on the average. The idea is that such pages will load instantly–no more waiting, buffering, or loading time this time.