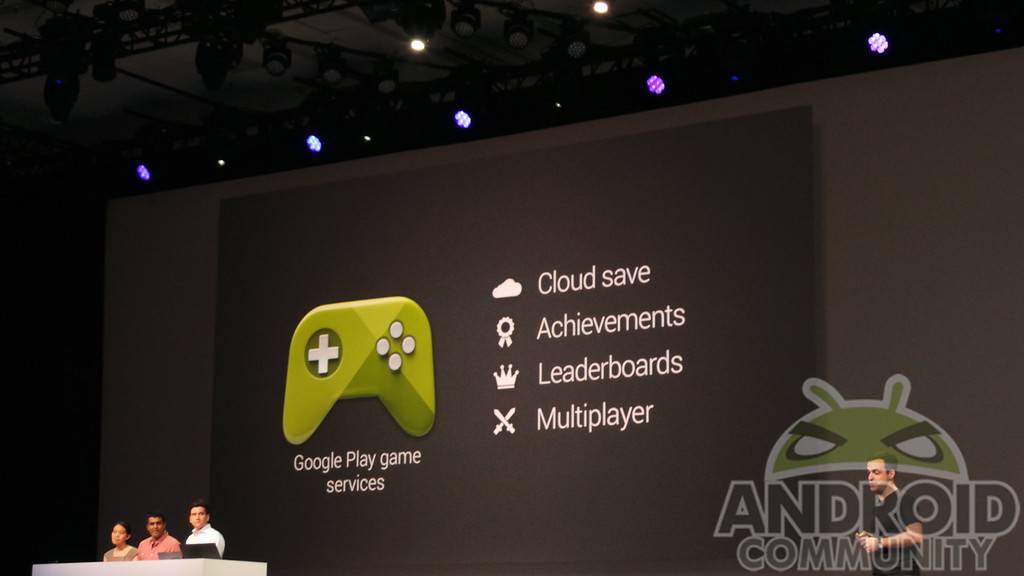 So it’s finally started. Google I/O is rocking out full steam and we can hardly keep up. We all knew it was coming, especially considering this leaked and appeared in the Play Store, but Google Play Games is real. Live on stage they’ve just confirmed everything we already knew. Cloud game saves, cross platform gaming and more.

We’ve been waiting for it, and wanting it for a long time, and it’s finally coming. We haven’t got to what version of Android they’ll be announcing yet, but this should work across all Android devices – hopefully. This should roll out in the latest Google Play Store, but we’re still waiting for more details.

So what can you expect from Google Play Games? Well, everything that was revealed this weekend. The list is still growing, but Google’s confirmed some pretty great things for gamers. Cloud game-saves, multiplayer, leaderboards and much much more.

Then, using the new Google Play services and GCM (Google cloud messaging) you’ll be able to clear a notification, whatever it may be, and it will clear across all devices. Get invited to a game, and you can play with ease, or simply deny the invite. There’s plenty of games coming too. Google’s been working extremely hard with developers and they have an entire suite of games launching TODAY with these features.

So what does this mean, well gaming is about to get really good. This should take on, and blow away Apple’s game center. Now, live on stage Google just confirmed Play Games will be coming to every Android, not just the latest version. An update to the Google Play Services framework will bring this to all versions of Android. Excellent. Stay tuned for more details.