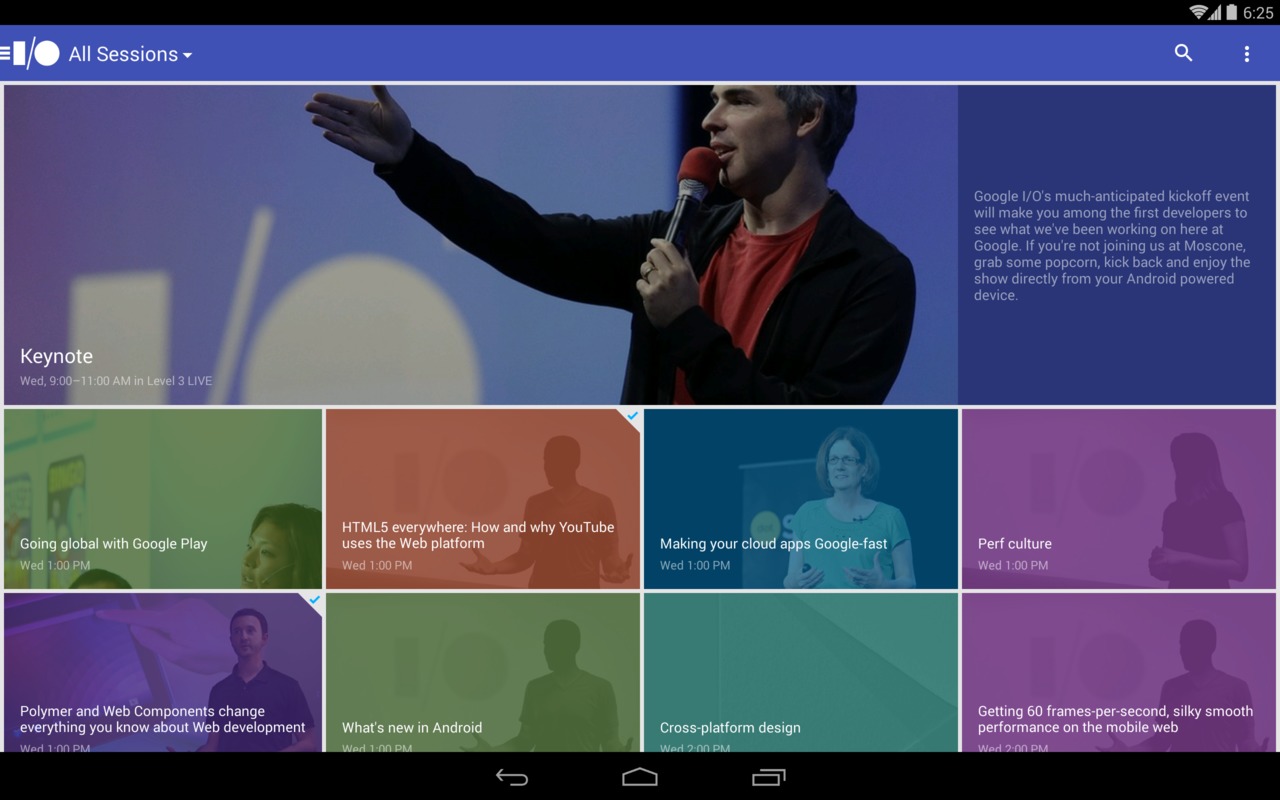 Google‘s big conference is just over the horizon and fans of Google’s products are definitely filled with anticipation. And to help both on-site and virtual attendees prepare, Google has released the Google I/O 2014 app to give them a preview of the talks, times, and locations for this year’s big I/O.

Like last year’s version, this Google I/O app will allow users to view livestreams when the conference takes place. Those videos can be watched both by attendees and remote viewers, but for those who will not be able to be physically present, there is an option to limit the list of sessions to only those that will have livestream coverage. Of course, you will also be able to watch videos from the previous Google I/O from 2012 and 2013.

The app’s My Schedule section allows you to create your own personal itinerary for the conference, picking and choosing the sessions that interest and inspire you. Of course, it will give you reminders when those events are about to happen and even have handy directions on how to get there. As a bonus, you can opt to have that schedule synced with your Google Calendar so that you will get reminders on whatever device you’re on as long as Google can reach you.

Other notable features include the usual social stuff, like sharing via popular networking sites. The app also has a setting that will remind you to leave some feedback after a session is over, much like those surveys that restaurants and hotels ask you to fill out. Google I/O 2014 is now up on Google Play Store and is ready for the taking.