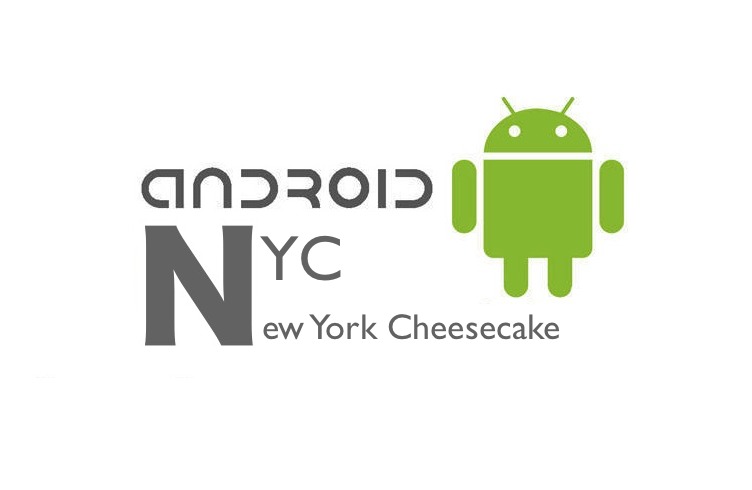 By now, you’re wondering what could be Android N. It is Android 7.0 but what could the “N” mean? We said it could be an Indian delicacy, perhaps as an ode to Google CEO’s Sundar Pichai but we’re not banking on that one. We’re guessing something sweet and popular like the Nutella. After KitKat, this year could be Nutella’s turn or Android N could be Nougat.

While waiting for the Android N to be formally announced at a Google event in the coming months, the mobile community will surely join the game and developers will give their own predictions. We could go on guessing what next delicacy will be found on your Android device but we just heard it might be New York Cheesecake. That’s only based on the initial of the code name of the Android N as spotted somewhere int the code.

”NYC” is believed to be New York Cheesecake. Hmmm…that sounds really tasty. Imagine the dessert being discussed officially as if it’s going to be the creamiest, smoothest, and most delicious software update of all. We can’t gather that it will be the final name because the codes of the previous models didn’t exactly turned out to be true. Marshmallow, Lollipop, and KitKat were spotted then as Macadamia Nut Cookie, Lemon Meringue, and Key Lemon Pie before (klp, lmp, mnc) so there’s a high possibility that the ‘nyc’ would be different.

Could the next Android dessert be New York Cheesecake? What do you think?