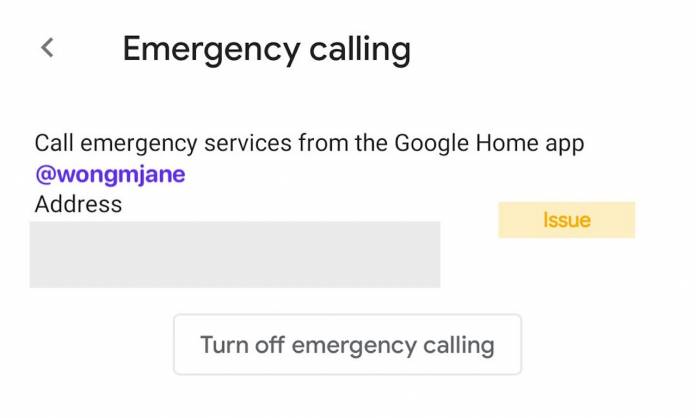 You would think that your smart speakers would be a good way to dial emergency numbers, but Google actually blocks calls to 911 and 999 through your Google Nest and similar devices. That’s because it’s more prone to false or accidental calls and so they disabled it. Now it looks like they are bringing it back but only for those with a Nest Aware subscription. If indeed they are, then you’ll be able to call emergency services to your house even if you’re not actually there.

Frequent reverse-engineer tipster Jane Manchun Wong uncovered that Google Home app would eventually make it easier to call emergency services from your phone if you’re away from your house or from the nearest Google Home device around you. This setting lets you put your home address which will guide 999 or 911 when attending to your call. Of course this is a feature that you wouldn’t want to actually be using.

According to Express, the feature will let you dial the emergency service nearest to your recorded home address. For example, if you’re at the office and your smoke detector sends you an alert, you can call the local emergency service and they should rush to your home even if you’re not actually there. If you’re at home and an alert goes off but you’re not able to reach your phone, you can call from a nearby Google Home gadget.

However, to be able to do all of this, it seems like you’ll have to have a Nest Aware subscription. Aside from this upcoming feature, the plan also has a lot of several useful things like 30-day recording history, person recognition, pet recognition, etc. If you don’t have a subscription and you try to dial or call 999 or 911, the aforementioned restrictions will apply.

We don’t know yet when this will be officially available but the fact that it’s already baked in the Google Home app may mean it’s coming really soon. We might hear more about it over the next few weeks, even if the Google I/O developer’s conference has already been cancelled.