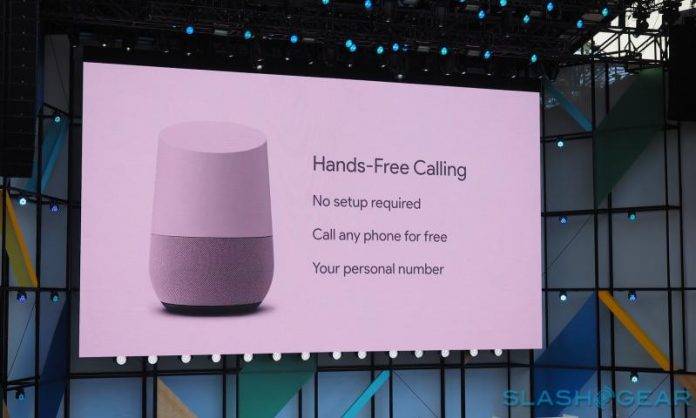 The new Amazon Echo Show, and the accomanying calling feature, was a clear stab at Google Home. Unsurprisingly, Google is striking back at I/O 2017. Unsurprisingly, Google’s twist is centered around how machine learning can enhance the experience of hands-free phone calls and displaying relevant information on the right screen near you.

Yes, Google has finally done it. It is supporting making phone calls with Google Home. Granted, it’s actually easier for it to do so because of its existing Google Voice service. Now you can make those same phone calls to regular land lines, but without using your hands.

As big as that may be, that isn’t the biggest news yet. Tell Google Home to “call Mom” and it will dial her number. But what if your significant other tells it to call Mom too? You guessed it, thanks to machine learning and the user recognition feature Google rolled out to Home recently, it will know just which mom to call.

Amazon’s latest Echo devices, Look and Show, give Alexa new types of interaction. Although Google isn’t coming out with a new Home device, it will be giving it some display capabilities without actually shipping a screen. How? By reusing the screen you already have. Google Home will soon display, not just speak, information to either your smartphone or Chromecast-enabled TV, the latter thanks to an update coming soon, depending on the context. For example, it will display navigation and map results on your phone, not on your TV.

Google Home is also expanding its set of entertainment partners, both in music and video. At long last, Spotify, SoundCloud, and Deezer as well as HBO Now. With the new empowered Google Assistant, Google Home is shaping up to be a smartphone replacement, for those times when pulling out your phone and tapping on it feels so last decade.