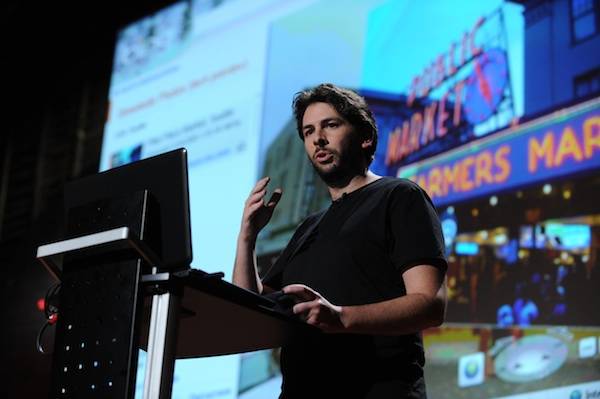 An engineer has confirmed he has left Microsoft, and is now working at Google. While that may sound rather benign, this hiring has some very interesting nuances. The party in question brings a wealth of information, and with the acquisition, Google could have a real powerhouse on their hands.

Blaise Agüera y Arcas is leaving Microsoft to work on ‘machine learning’ at Google, according to sources who wish to remain anonymous, as the hiring has not been made public yet. In a phone conversation with the New York Times, Agüera y Arcas confirmed he had indeed left Microsoft for Google, but wouldn’t divulge his role with his new company. At Microsoft, Agüera y Arcas worked on a variety of projects, most notably augmented reality and wearablecomputing. He was also involved in user interface design, attempting to make it a bit more natural.

Agüera y Arcas came to Microsoft via the familiar ‘acquihire’ when his company, Seadragon Software, was absorbed into Microsoft in 2006. Seadragon was involved in “web optimized visualization technology that allows graphics and photos to be smoothly browsed, regardless of their size” according to the Wikipedia page for the now defunct company. At a TED talk in 2007, a year after being taken over by Microsoft, Agüera y Arcas explained the concept of Seadragon’s tech.

At Microsoft, Agüera y Arcas was given oversight of a refresh to a project called Photosynth. That project was aimed at providing 3D panoramas in an immersive setting, essentially tapping much of what made Seadragon so good in quickly rendering immersive shots, regardless of size. Think of it as photospheres on steroids, in which things look as real as they do had you been there in person.

Again, what could be seen as a rather ho-hum hiring might have some really interesting results. In Agüera y Arcas, Google has someone who is said to be working on ‘machine learning’, and has in-depth experience with making things like large images load quickly, and scale properly. He also worked on augmented reality and wearable computing at Microsoft, though neither has made a commercial impact.

Machine learning, augmented reality, immersive photos — and he was instrumental in bringing Bing maps to the world. We can’t make that work cohesively in our minds, given all that Google does, but it could lead right back to Google’s recent acquisition of Boston Dynamics. It could also be that Google Maps is getting a lot better, or Google Glass is getting a deeper interface. Whatever the case, we’re excited to see what Agüera y Arcas brings to the table.