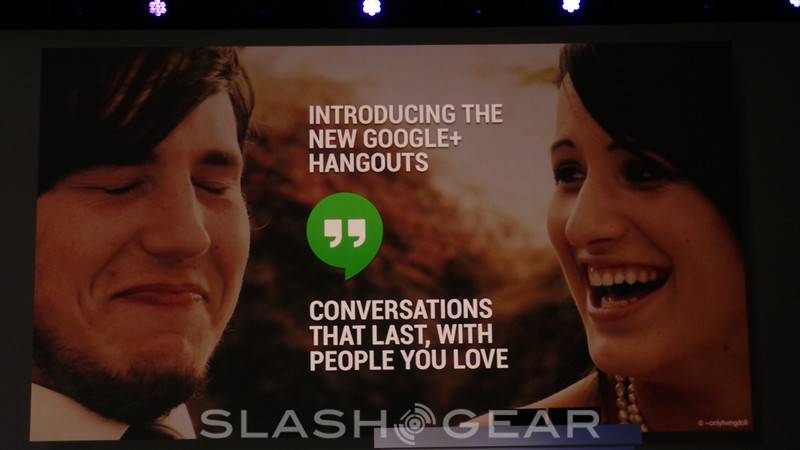 Google has confirmed some of the earlier rumors. These rumors were dealing with the unified messaging service that was first tipped as Babel. Coming later in that rumor cycle, we had heard Babel was going to be launching as Hangouts. Well, Hangouts have been officially unveiled and as part of the announcement, Google played off the bit about how their own services have been “fragmented and confused at times.”

With that in mind, Hangouts are being touted as “conversations that last, with people you love.” Notice the focus on conversations. The Google I/O demo showed Hangouts launching with a list of conversations — not contacts. Of course, the contacts are available. In fact, they are easily accessible with a single swipe to the left.

These conversations will be connected and carried across devices. Also, as was rumored, those devices will include Android and iOS along with the web. Plus, Google included group video and it doesn’t cost anything to use. The updated Google+ Hangouts will be available beginning today.

Other features here include notifications that sync across your devices as well as group messaging and typing notifications. All this sounds pretty good and once this over-sized keynote comes to an end we are going to have to dive in and see how well these perform with some real-world testing. 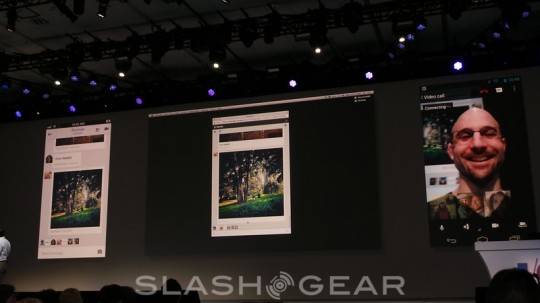 As Hangouts were an often discussed rumor in the time leading up to Google I/O, we suspect more than a few of you will be excited these are actually coming. On that note, make sure to shout in the comments and let us know how well (or poorly) they may be working for you. In the meantime, make sure to stick with our Google I/O coverage.