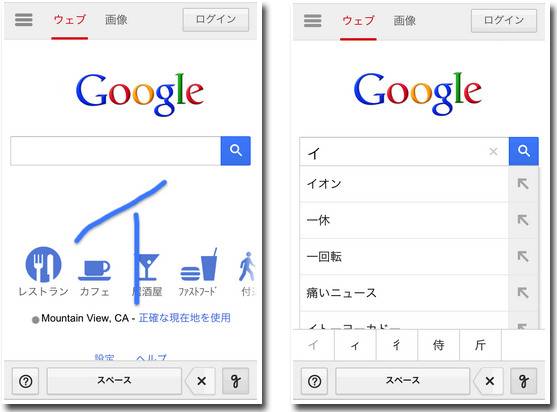 Last year, Google introduced Handwrite, a new way of searching that had users writing their search terms on their touch screens. It’s definitely a neat idea, but as it turns out, it isn’t always easy to write on a tiny smartphone screen. Just as well, it would appear that Google didn’t pay as much attention to the more intricate languages as it should have. As a result, folks living in China and Japan ran into some problems using Handwrite, but thankfully, Google’s latest update is looking to squash some of these issues.

One of the features Google is focusing on with this update is recognition quality. There are characters in a number of languages that look the same, with Google giving the example of a lowercase “L,” the number “1,” and the capital “I.” Before, Google Handwrite had some trouble telling the difference, but now when you write a character and it registers as the wrong letter or number, you’ll be able to select the character you wanted to use from a drop down list. It may not be as desirable as having Handwrite correctly recognize the character you’ve written each and every time, but it’s still a relatively easy to use fix. 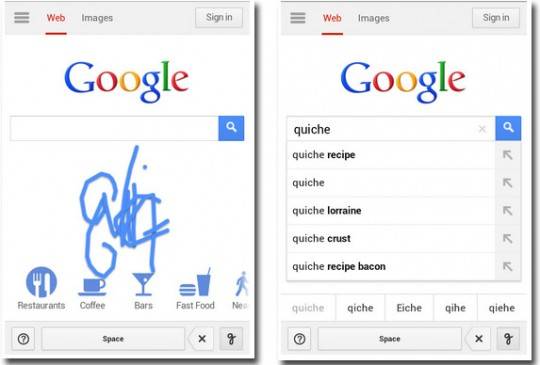 Just as well, while tablet screens give you enough real estate to write out full words, that can be difficult to pull of on smaller smartphone screens. This update makes it so Handwrite can recognize overlapping letters, meaning that screen space should no longer be an issue. That scribble you see in the screenshot above is actually the letters in the word “quiche,” and as we can see, Google has no problem interpreting that, even though it would look like nothing more than a jumbled mess to other humans. 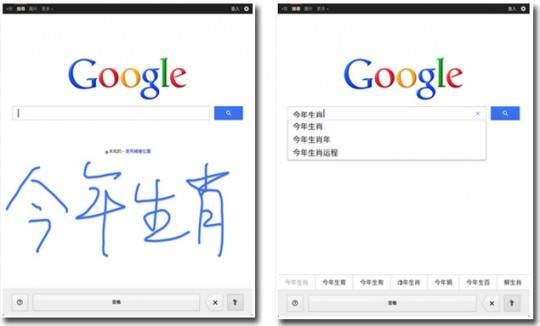 Last but not least, Google has added support for multiple Chinese characters. Before, Chinese users had to write out characters one at a time, but moving forward, they’ll be able to write multiple characters on the screen at once. All in all, it doesn’t sound like too bad of an update, so if you’ve been struggling a bit with Handwrite but still really like the idea, then you might find that your troubles have been resolved now that this update has landed.